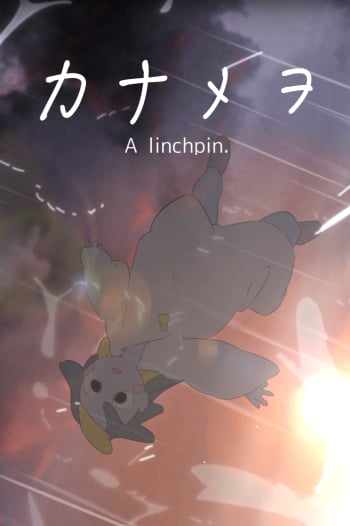 Since the other review criticizes the character I feel the need to explain the plot a little. Yes the main female is pretty selfish, that's the point. The short is about modern society's relation to its past. The spirit can't function in our current world and the woman's attempts to integrate the past/spirit is damaging. Society must move forward first (shrine destruction) it's wrong to ignore the past and let it die (adoption), but keeping it around isn't good either (the rest), so we have to separate the past from modern life (end). It's just an unfortunate part of life that we have to just accept. The spirit looking like a small girl and then having sex with her isn't the most comfortable thing to sit thru and I can imagine that people (like me) watching this just because of the Shoujo-Ai tag aren't going to be that happy with the way it portrays their "relationship"; but the take away is that this relationship can't work even if you want it to, and that is perfectly shown.

I've given it an 8 for story because you could also view the spirit as just a literal tree and that the whole plot of the short is that trees shouldn't be in the city but on some random hill. Which is absurd and weird because Japanese cities in general have a surprising amount of greenery for being so densely packed together. So it is the message that we already have enough trees who needs more? Idk. The destruction seems so filled with malice, none of the characters have faces, and move robotically, it's just so cold and uncaring I don't think the message is "these people are totally right" more so "this is a sad part of culture moving forwards". I'm not sure. I think the story is good and I can frame in a way that I really enjoy; but there's pieces that make it hard to fully endorse it, so I can't give it a 10. Perhaps it will all click one day and I'll be blown away by how good it is but right now I don't feel that way.

The visual design is so good. Rapparu has this really nice blend of minimalism that at the same time embodies so much character. I can see some people being annoyed at the hyper realistic backgrounds vs simplistic characters, but I think this is more of a portfolio piece to show the variety of work Rapparu can do. Personally I'd rather it have more character. I don't remember this short's backgrounds nearly as much as I remember moments of the characters moving, but it's fine and you could argue that this further contrasts the natural with the industrial.

Sound: Do you like ambient music and breakcore (or the band goreshit)? Well the music is perfect for you. Does breakcorey stuff get on your nerves, well you'll hate this. I think it's well placed, the music ramping up is tied to the spirit's increasing integration, which is a bad thing in the narrative, so why not have abrasive music? Idk I just love the song, I've listened to this video more than I've watched it because the song is so good. I'll pop in when it ramps up because I love all the high action at that point, but I came away more a fan of adustam than Rapparu and have linked people to just the song because I didn't want the weird romance to bog their experience down.

All in all this is a great short, anyone who gives it <7 is wrong, unless the music annoys you that much. In which case you're still wrong but I can understand why.

Well, I hated everything about that. From the seemingly selfish characters (Seriously that lovemaking scene seemed pretty rough) to the discordinant cacophony that passed for "music".

There are way better music videos out there.

(spoilers) honestly it was something. The love making with the alien was weird to me but atleast it wasnt horrible and honestly when the alien smoked it was weird. i didnt hate it but i wouldnt say i liked it