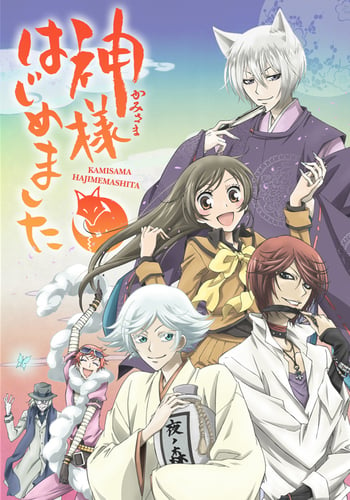 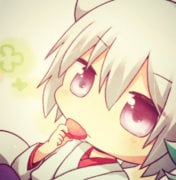 I thoroughly enjoyed this anime. The personalities of all the characters really shine through and you can almost feel the connection between various characters. It finished on a happier note which is not often usual for animes like this! (I won't say too much) It also shows not to judge a book by it's cover, people can me more powerful and braver than first assumed. I would definitely recommend this anime, especially if you enjoyed Fruits Basket, this is similar in a few ways, but there is a bit more action rather than comedy, but there are still some funny and enjoyable parts, I also thought it would've been better with a little bit more romance between the two main characters other than just a small part, like the usual cliché where pretty much all the romance is in the last episode.

All in all, it's a great anime!

How do I begin this review?

This anime is really enjoyable, I personally loved all the characters but my two favorites were, Tomoe and Mizuki. But I really have to say, I dislike the whole plain highschool girl that is full of spirit and every male in contact of her falls in love, or has this crush or they must be there when they call. It just is so annoying.

I gave the characters a 9 because of, Nanami. She is really a bland character the only interesting thing about her is that she went through a struggling life because of her gambling father. But it truly annoys me, because how utterly useless she is all the time, In the first season the only real part she was useful was when helped out in the very last episode, other than that she is truly a bland and spoiled character that needs alot of development.

To be completly honest she reminds me of Kagome from Inyusha or voice is very similar and her everybody loves her because she's the main character thing.

Tomoe is very similar to Inuyasha but not, he isn't a demon. But a fox, I believe the creator took a lot of inspiration from Inuyasha, The characters, the designs. The whole he loved a girl from the past and wanted to become human for her thing, and not only that. But Nanami is obivously the recarnation of Yukiji. Uh it's to much like Inuyasha, it kills me.

What makes this anime a 4 stars for me is well, the story. Even though it's too similar to Inuyasha it's still really interesting. The Gods, The Familiars and the Netherworld. The whole thing about good and bad spirits and clean air, its just so pure I loved the story. I just don't love Nanami all that much.

She falls in love with Tomoe obivously Tomoe can't recieve her feelings in the beginning, but he does. Of course and he protects her in any way possible. Similar to Inuyasha I get it.

In the end I really loved this anime and I think you will to, if you liked Inuyasha and Fruits Basket.

The whole time, when Tomoe spoke all I thought about was Kyoya from Ouran HighSchool Host Club, Oh yeah he plays the voice of Tomoe. ENJOY!

I myself am surprised that I enjoyed this series as much as I did. Can't make any promises that I would like anything else in the same vein, but the reasons why I did like it will be discussed so here we go!

Right off the bat we are greeted with an old lady narrator detailing how a high schooler named Nanami Momozono is evicted from her own house due to her father's gambling problems and consequential "disappearance". She helps a man being harrassed by a dog in the park and he gives her a map to his 'house' out of gratitude. It turns out that this house is in fact a decrepit shrine housed by the fox yokai Tomoe, who is less than pleased that his former master is now being replaced by a human high school girl. So begins Nanami's new life as a living god of the Mikage shrine and the duties it entails while meeting other gods and yokai, of whom range from friendly to bloodthirsty. Eventually, their closeness and Tomoe's devotion to Nanami as her familiar turns into something more tangible, something more like...love.

The opening theme is sweet, playful, and a touch wistful without ending up barf-worthy in its sugariness. What I looked forward to the most was the ending theme as it is not dark inofitself but it has a haunting echo coupled with a faraway synthetic beat that would be great to play during any time of the day without seeming out of place. It is also amusing to hear what appears to be Visual Kei/J-Pop playing in the background whenever Kurama's name is mentioned in passing or referred to when not present, or even when talking about himself. There is also battle music during the very short confrontations between the yokai which somehow fit without being overbearing on an anime that is obviously not centered around fights and combat. Overall the soundtrack is not extensive but it does its job to make the anime come to life with the few songs that it has at its disposal.

The characters are, for the most part, gracefully drawn. Frequently, there are very colorful backdrops the highlight a particular moment or character, and while this may be good in small doses, it did at times break my immersion of the scene with its out-of-place colors. Another overused effect was that of camera sunspots, which cluttered up some scenes unnecessarily, but luckily the animators retracted them just as quickly as they put them in.

Nanami, the female lead, is not particularly special but she is determined, stubborn, and a typical teenage girl. Tomoe is at first glance a stereotypical tsundere (a character trope I have come to hate) but thankfully he is saved from One-Dimensional Hell by being genuinely concerned for Nanami despite his irritation at her dumbest of flubs.

Kurama and Mizuki are two potential love interests that do not try to necessarily interfere with Tomoe and Nanami's "relationship". They serve as comedic relief which usually works out well. Kurama's "bad boy" fallen angel schtick is pretty embarrassing and hilarious to watch crumbling down when one reminds him that he is in fact a crow demon, which is totally not as glamorous as an angel. Mizuki is a white snake who acts more like a mischievous fox than Tomoe himself.

The chibis that appeared did make me laugh, as did the background shenanigans whilst two or more characters were talking. Some running gags like the soft-shelled turtle hanging around during one episode also made me giggle. Other times the characters were drawn so adorably (like Mizuki in his snake form, complete with human-like expressions) that I actually squealed with delight over the cuteness.

Even despite Tomoe's impatience and discinclination to follow through with Nanami's whims until he's all but kicking and screaming (or simply too tired to say "no"), they have multitudes of special moments together which are very, very sweet and endearing. The "master-servant" relationship is in fact almost equal in their regards for each other and Michael J. Tatum's voice as Tomoe for the English dub is simply divine and absolutely tender. Oh man he nails the nuanced guy that the fox is! (*3*)

Overall, I really liked this anime. There's something about the charm of it, I don't really know. If you like supernatural anime, especially with Japanese spirits and that whole ideology along with a male tsundere who is NOT infuriating, as well as some comedy and pretty animation, I recommend this. It's super fun and probably the only one of its type that I'll love as much as I do.

Although I only give this 6.5/10, I really did enjoy watching Kamisama Hajimemashita and would love to see a sequel that goes into more detail about the previous shrine owner and what his motivations are.

Story: Nanami loses the house she lives in after her father disappears. While contemplating her situation in the park, she saves a treed man from a dog. He gives her his home as a thank-you gift, but that home turns out to be an abandoned shrine. Nanami must work to gain the trust of Tomoe, the shrine's pretty main familiar with a tragic past, and you have the beginnings of a supernatural love comedy.

Love comedies require a tricky balance between comedy and romantic development, and I think this one does a good job. It's not mopey or melodramatic, nor is it sappy. In fact, Tomoe and Nanami spend most of the show comically arguing with each other. The climax of the last 2 episodes is a fairly predictable "love conquers all," though, so don't expect to get anything new or revolutionary out of this show.

Animation: Big shoujo eyes and skinny bishounen everywhere. Typically, the characters get more attention than the backgrounds, but there's really not much to complain about here.

Sound: I liked the voice actors, and the light Jpop theme songs. They fit the mood and setting of the show.

Characters: Did I mention bishounen everywhere? There are two main and a handful of side characters, but the only one who showed any kind of character development was Tomoe, and even then it was really only him begrudgingly accepting that he loves Nanami. The main character herself was similarly disappointing: too boring, too weakly characterized, with not enough of her own personality, hopes and dreams.

I think anyone with a taste for shoujo will eat this show up along with its bishounen. Other than the fairly weak characters, it doesn't contain any major flaws, but I would not recommend it to anyone who dislikes shoujo.

Kamisama Hajimemashita is about a homeless girl named Nanami Momozono, she is homeless because of her father ran out on her because of his gambling debts.  While she at the park, she saved a man from a dog, he gave Nanami his house as thank you, and kiss on a forehead.  She accepts because she is homeless, and have nowhere to go.  When she arrived there, she was shocked, because is not a normal house, but actually a shrine for worship.  When she enter the shrine, she is greeted by Tomoe, a fox yokai, he served as land god familiar, and also greeted by Onikiri, and Kotetsu, they are two childlike yokai attendants at the shrine.  It turned out that the man she saved is Mikage, a land god, and the kiss on forehead is the land god mark.  And turn out that Mikage who left twenty years ago, and that piss off Tomoe.  Now Nanami is the new land god of the shrine, and as story progress, she find herself falling in love with Tomoe.  I read the manga, and the manga is great, and the story in this is actually good.

The sound was decent as best.  The Opening is good and kind of annoying also.  It like rest of the anime, and the voice cast of good as well.

The two main character are Nanami, and Tomoe.  Nanami is good character, and kind of funny.  Tomoe is a fox demon, and his character is good as well.  You can see the develop of Nanami and Tomoe throughout the anime, but it is done well in the manga, because the manga you could learn about Tomoe past as well.  There are some character, that I don't like in the anime, they are Onikiri, and Kotetsu, I find them really annoying.  There are two more demon, Shinijiro Kurama, and Mizuki.  Kurama is a tengu, and he is a popular idol, and he got a bad attitude.  Mizuki is snake familiar of an abandoned shrine, and he later became Nanami familiar.