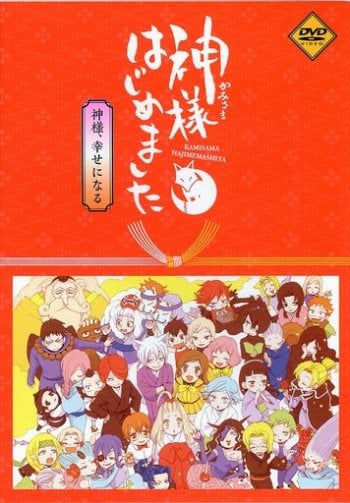 I can't say that I was extremely pleased with this one-episode and how they decided to play it all out. I suppose from a standpoint, they just wanted to get the anime overwith after 2 seasons and a bunch of OVAs. However, they missed a big opportunity to really sell the end of the manga in this episode by making it 12 minutes long. I feel that a lot of it was super rushed at the end and leaves the viewer asking so many questions that the anime lacked to answer. The shifts were rather abrupt and the bit of commical humor they threw in was awkward and seemed unfit. I would not really call this an individual episode, but more of a sum or overview of the rest of the manga wrapped into a half episode. After waiting a year for all the OVAs and then this, I'm actually rather dissappointed in the last big impact this show would have before entering the books for being completely over.

I honestly loved this anime so much, I cried when I saw th eending and I just felt so sad for a few weeks because I couldn't believe it was over.

That episode made my heart melt. Beautiful story, with a beutiful happy ending. However I'm sad that there was not 3rd season and they compressed the rest of the story into ova and this episode.

I was seriously, and I mean seriously disapointed with the way they decided to sum this anime up.  This one episode summary wasn't nearly long enough to give enough information to even come close to be considered a summary. The head God comes to fullfil a contract, yet waits a year as requested. So where's the year?  What happened during that year?  The wedding??? I wanted to see the wedding!! They cut so much out it's not funny!

I don't really understand why they released a 12-minute OVA that shows just one chapter of the last manga volume. They skipped 8 volumes with important story and hopped onto the wedding. Yes, it's very adorable, but also, I want to see all of what happened before. If they publish season 3 (and I hope they do), then I won't care this exists. But if it's their conclusion to the anime version of Kamisama Hajimemashita, then I'm really disappointed. The series is really popular, so I don't see a reason for them skipping 8 volumes and going just for the end.

Even if this was meant to show what happens in the end, the anime shows just Nanami and Tomoe. All the other important characters are brushed over and the whole episode is rushed. So though, it's very cute and in a sense faithful to this particular manga chapter, it sucks that they omit everyone and everything else.

I would recommend this for those who read the manga, or you don't really care what happens after Kamisama Hajimemashita: Kako-hen and you just want to see their happy ending. If you want to know the whole deal and how is everything concluded, then either read the manga or wait until they (hopefully) release a final season.