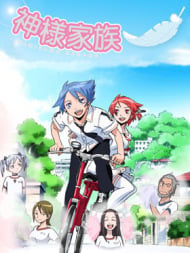 Samatarou is the son of God and is currently living on Earth with his family and guardian angel named Tenko, in order to better understand humans. Having God as his father means that everything always goes the way Samatarou wants; and as a result, he has been unable to enjoy his life among humans and wishes nothing more than to live life as a normal human being. Suddenly, one day a new girl transfers to his class and he develops a crush on her at first sight. How is he supposed to win her heart on his own when his whole family tries to do everything for him? And is it really just friendship that he feels towards the angel who is always by his side? 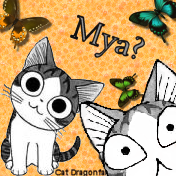 Story   Equal parts corny and enjoyable, Kamisama Kazoku is a solid anime, without managing to quite hit on incredible. Parts of the plot will be predictable for anyone who is familiar with anime in general, but it's not without it's twists either. Add to that a well rounded ending that leaves you feeling fulfilled, and you've got quite an enjoyable, short romp. At only 13 episodes, the pacing was rather well done, with no episode feeling like filler for the main story arc.   Animation   The characters and backgrounds were bright and cheery, fitting the overall feel of the story, while the scenery and backgrounds were simply unremarkable for the most part. Lighting and playing with darker tones felt at place next to the brighter, cheerier colors when the story called for it. Every one of the main characters has a distinct look, but they do fall prey to stereotypes in some cases (seriously, what is it with gloomy young girls having gray hair in pigtails?). All in all, a solid work of art. The opening and ending credit animations were cute and fit in well with the overall theme of the anime.   Sound   Opening and ending songs were swell little ditties, unremarkable, but fitting. The Japanese voice overs were well fitting to each character and lent themselves to the comedy of the show. Background music failed to stand out, but went along with the general mood of the scene it was played in. Some of the sound effects alone had me cracking up due to the fact that they were placed perfectly.   Characters   Somehow running the show and holding it back, the characters were memorable for their actions if not for their personalities. Again, it was very easy to predict the characters and how they would react most of the time. Overbearing mother, overly playful father, flirtatious big sister, and unemotional little sister. All have been done time and again, but I will say that this anime manages to put them together into a relatable family, and their characters end up meshing fairly well.   In General   I seriously enjoyed this anime. It had likeable characters, decent music, corny situations, comedy. All in all, none of it blew me away by itself, but when put together makes a solid anime with an enjoyable ending that doesn't leave you hanging. The only thing that held back this anime was it's predictability through most of the show.  If you're capable of disregarding how easy most of the plot elements are to figure out and just focus on watching, you'll find this to be a pleasant anime that I wish had been longer so I could keep enjoying it. Any comments are welcome and appreciated. 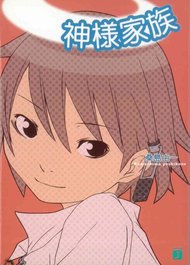 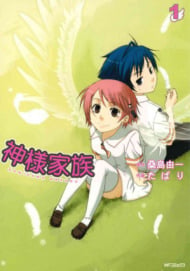 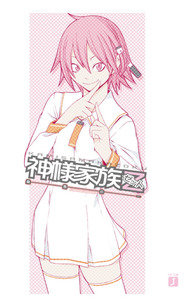