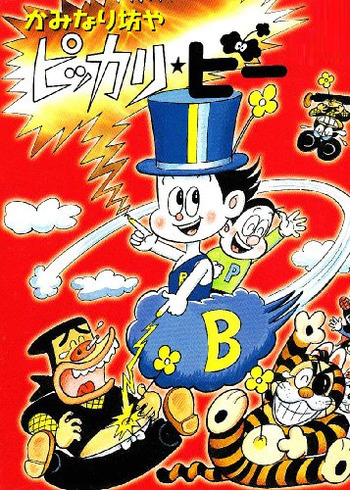 Yoshio, Ayame, and Manabu Asari are CM2 pupils who have a chance: they can travel in space, talk with robots from the future and meet famous scientists disappeared. Everything is permitted: the world of manga allowed demonstrations most crazy! The Manga Science address a variety of universal themes ...

Studying, club activities, slipping through time, bumping into aliens and travelling to Saturn. The everyday life of two curious schoolgirls.

Clay, a child prodigy, was hired at the age of 14 to become a professor to make chimeras, creatures made with a fusion of various materials. However, after he was hired, he was unable to meet the expectations of the company that hired him and was fired. He comes upon an abandoned research facility and creates a human child chimera and names him Muddy. Together, they will go out into the world and find out what Muddy is capable of.

Professor Noah Minami Umberbach is not your average archeologist! For one, he's prone to whipping out his gun and blowing up stuff to make dramatic entrances. But that's just his eccentric nature and he's a man on a mission. A mission that may very well be the most important mission of all time. And he's dragging unlucky student, Kotobuki, along for the ride!