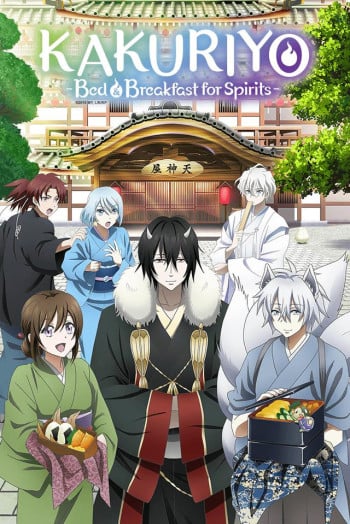 Plot: There was no plot whatsoever. The initial premise was really intriguing, but they completely dropped it after only a few episodes. The show seems to jump around from supernatural romance, adventure, and finally seems to settle on cooking anime.

The intro for the first half of the show has the feel of a romance/reverse harem anime, so it set my expectations for that kind of show, and instead, I was treated to Aoi's boring cooking show. If you're looking for a romance anime, look elsewhere. If you're looking for cooking/slice of life with lots of cliches and no character development, then this is for you.

Characters: The love interest Odanna was mysterious and I wanted to learn more about him or see him get together with Mary Sue. Aoi was irritating because she made lots of stupid mistakes, kept needing to be rescued, and everything always worked out for her.

The show kept introducing one-dimensional characters that we learn the backstory of, but we never learn the backstory of the love interest, whom Aoi never ends up getting together with or spending more time with. Maybe she does, but we'll never know. The writers almost completely forgot about him. We never learn why Odanna wants to marry Aoi, what the relationship was between him and her grandfather, how he earned the nickname Ogre god and rose to power, etc. and the premise of the show is never mentioned again.

Flat boring characters do nothing but eat and comment on how amazing Aoi's cooking is or reminisce about her grandfather.  I wish I could get the hours I wasted on this show back. I was hoping for more world building.

Music: The music in the intro was beautiful and probably the show's only redeeming quality.

Animation: The animation was meh. I've seen a lot worse, but they recycled frames over and over, and there were a ton of unnecessary flashbacks. Some of the flashbacks were for things that happened minutes prior.

The more I watched the more boring it got, it started out so interesting but every episode that went by it got less and less serious and less interesting. By the middle I was forcing myself through the episodes, I had to switch to English dub just to not fall asleep... One of the least interesting anime's I've seen all year and it saddens me because it could have had a good story. The characters are bland besides a few standouts and the sound is average, the animation can be pretty but come on that hardly counts as a rating anymore it's 2018.

Overall I'm not happy and I recommend this anime to no one- I've even warned my friends to stay away from this time waster.

Reminded me of Kamisama Kiss x Fruit Basket but a blander version. I wish the main characters had a trickier relationship as he just treated her like a queen the whole time so there was no confict or excitement. Would have loved to see more love/hate as all the characters are just too nice making it a bit boring. That being said, I'm still going to continue watching as there are some intersting elements!

The storyline is of a girl that can see youkai and how it affects her life after her grandfather passes away. The animation is beautiful and imaginative. The characters are well developed. The female mc is very headstrong and determined. The male mc is very forgiving and patient. Im on episode 7 and I cant wait to see how the love interest develops. 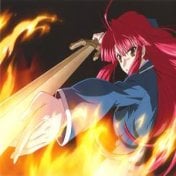 Not worth the effort. No plot development and couldn't even reasonaly be called episodic. Skip.