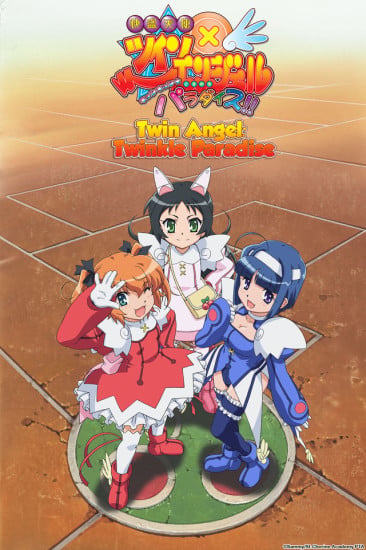 Haruka Minazuki and Aoi Kannazuki are freshman high school students and best friends who enjoy school life like any other kid. But what's different about them is they live a different life at night fighting off demons and enemies.

That Does Not Even Deserve a Response! Enter: Twin Angel

The Triumphant Debut of Hazuki Kurumi!

The Path of Duty! Twin Sisters!

In One Stroke! One Rose Burning in the Darkness!

Driven Into a Corner! The Wish of Each One!

The Final Battle! Let's Get Everyone's Smiles Back!

Twin Angel is a parody of the classic mahou shoujo formula and nothing more. Such shows usually make fun of their own stereotypes anyway, so at best you will see this as an ecchier version of Sailor Moon. It is hardly as captivating though since it isn’t trying much to accomplish anything other than a few chuckles or boners out of the audience.As any veteran viewer already knows, J.C. Staff is a studio that thrives on 2D paedophiles and this is just another one of the dozens of shows that proves it. And as any casual viewer will admit, they rarely pour much thought in the story, or the character development, or even the production values. As such, you get a less than average-looking show, with simplistic character figures, lots of deformity, lots of jerky movements, and lots of stills. In fact the only time it looks nicely is when they make boobs bounce or naked skin to show (transformation sequences included). In a similar way, the soundtrack is nothing but ridiculous jpop songs you won’t care to remember, while voice acting is full of high-pitched girls you will pay your shrink to help you get over it. This does not apply of course to all the 2D paedophiles who will love the show for being full of sexualized dumb underage girls. One of them is typically a loli tsundere voiced by Rie Kugimiya. She even looks like a cat so it’s double the fan for all the perverts.Story and characters are barely there. Although you have these magical girls trying to prevent these villains from stealing this special jewellery, and each episode somehow progresses that, since everything is one big random parody of clichés made on the run, you just don’t care about that at all. You will just watch it for the semi-good jokes and the sexualized dumb underage girls; pretty much what you will do for almost any J.C. Staff show. So just for the record, the story barely has any depth / development / originality, and the characters are nothing but superficial rip-offs from Sailor Moon. Some of them have backdrop and development but because of the goofy feeling of the show, all that will go to waste. Is this anime worth watching if you are not one of THOSE anime fans? No it doesn’t. It is aimless goofball softporn that was done on the run just for quick bucks from THOSE anime fans. There is absolutely nothing to give it credit for; the jokes aren’t that good or that different than those in Sailor Moon, the ecchi is basic, the story is a joke, the characters are cardboards, and I will even throw in how it went almost unnoticed by the anime community because NOBODY cared about it. Scores: ART SECTION: 5/10 [Typical ecchi presentation] Analysis: General Artwork 1/2, Character Figures 1/2, Backgrounds 1/2, Animation 1/2, Visual Effects 1/2 SOUND SECTION: 4/10 [Breaks glasses] Analysis: Voice Acting 1/3, Music Themes 1/4, Sound Effects 2/3 STORY SECTION: 3/10 [Barely matters] Analysis: Premise 1/2, Pacing 0/2, Complexity 1/2, Plausibility 0/2, Conclusion 1/2 CHARACTER SECTION: 3/10 [Only naked skin matters] Analysis: Presence 1/2, Personality 1/2, Backdrop 1/2, Development 0/2, Catharsis 0/2 VALUE SECTION: 1/10 [Nobody even noticed it] Analysis: Historical Value 0/3, Rewatchability 0/3, Memorability 1/4 ENJOYMENT SECTION: 1/10 [Sailor Moon did it better 20 years ago] 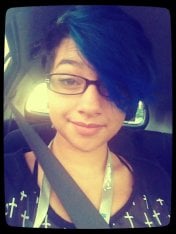 mmmmmmm well.......... for its catagory of shoujo i guess it passes it has no story line at all the charicters aare the meek big boobed girl and the loude mouth small boobed girl in addation there is the (MAYBE) hot prince like persone and the spoiled little sister i think these are pretty standerd charicter also on the enimjy side there is a doting sidekick and a girl with the ooooooo lagh who thinks that she is all that but she is just working for other ppl it has alot of fan service but i dont think enough to be ecchi also one joke is constant behind the whole thing and that is harukas boobs the voice made me go deaf and thay all sound like happy from fairytail also the musice sounds like it comes from a disney princess move but worse   then agian i think that it oculd be used as an in between of sll the good anime 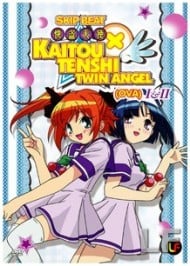 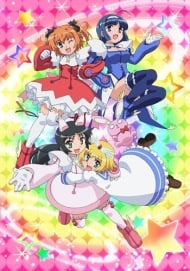 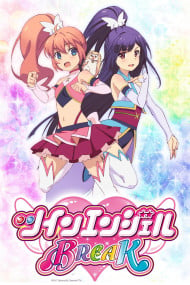