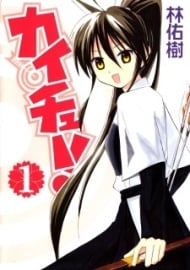 There’s a new transfer student arriving at school, and everybody can’t wait to meet him. But when he – Sasaki Gonzaburou – walks through the door dressed up and talking like a girl, the whole room is taken aback! What’s worse, ‘she’ then decides to join the archery club, much to Tetsuya Tachikawa’s dismay...

Im only giving it a five out of ten because it needs more episodes! I do undestand the anime is probably just a short promotional video for the manga. It was such a wonderful anime though! Id love to see them push out more episodes!!! I will have to read the manga. Wanting them to make more episodes of this is probably about as dead ended as me beging the creators of No Bra to turn it into an anime. But hey a girl can dream right. If this was a full series i would give it 5 stars but since its only 2 episodes it gets 3 because its just wrong to tease people like this with such a good anime story line.

Due to my next post being postponed, I’ve decided that I’ll tell you about this short but sweet anime; Kaichuu!. I haven’t yet read the manga but, since it’s not in English, I’ll be reading it online. SKIP THIS CHAPTER TO AVOID SPOILERS To give you a basic idea of the story; a boy, Sasaki Gonzaburou, turns up to a school and shocks everyone by being dressed as a girl, he also speaks in a very high and sweet voice and is very feminine in personality as well. Tetsuya Tachikawa is a part of the archery club and attempting to follow an old archery technique. Tachinkawa is at first against the cross dresser, were as Gaonazaburou is drawn to Tachinkawa. It shocks Tachikawa that Gaonazaburou joins the archery club, which is run by a violent captain who has something against Tachikawa. Tachikawa then tells Gonzaburou about why he’s in the archery club and that the bow that he’s using is from his late grandfathers. The next day Tachikawa’s bow is broken and the captain tells him not to cry over a battered bow. Tachikawa is insulted by his words and hits him, as of which he is disbanded from the archery club. The next day Tachikawa is told that Gonzaburou has challenged the captain on the terms that if he loses he will quit, but if he wins Tachikawa can rejoin the club. Tachikawa comes to the archery targets where their challenge is taking place and Gonzaburou is drawing with the captain. An old man then walks in and claims that he is a legendary archer that Tachikawa is taking after. Gonzaburou then wins the challenge and then Tachikawa embraces Gonzaburou. He is then taken scared away by Gonzaburou asking for a kiss as a reward. The voices are great in this anime. Unlike some people who like either subbed or dubbed, I am in the middle. I really do think it depends upon the anime, take Ranma ½ for example, I think that the subbed voices work so much better than the dubbed, but on the other hand the voices in Birdy the mighty: Decode I believe to be better in the dubbed, good old FUNImation. I think that they made the voices to the cross dresser perfect, I seriously hate it when they make it overly squeaky like with Chopper in One Piece, but it caught onto that femininity without getting annoying. The animation was outstanding, and even in HD, which surprised me for such a short anime. The plot is hard to grade as it didn’t really get an ending, but it was going somewhere fast in the relationship between the main characters unlike other ones, like Ranma ½. The characters have good and definite personalities, which is good for a short anime, not in a long one. It was a short but it hit it right on the head of the nail, I wish it was a little longer.   Please follow me on my blog, I do some interesting reviews on there touching on things that I can’t put into a certain anime or manga page. 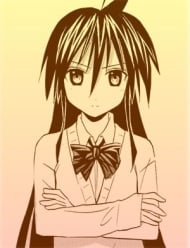 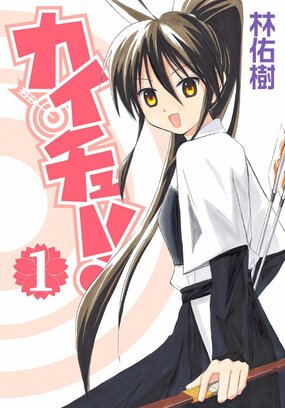