The battle between love and pride continues! Neither Kaguya nor Shirogane has made a move, but new friends and rivals just might push them closer.

I was trying to think of something to preface this review with, but all I can come up with is this: Prepare yourself for a lot of gushing about this show. Story Having rewatched the first season not long before this season began airing, Kaguya-sama picks up right where it left off. In fact, I'd go as far as saying that season 2 episode 1 feels eerily similar to the first season. However, we quickly find out that that's not the case. While season 1 has the definitive subtitle "Love Is War", season 2 begins flipping what we know about our star-crossed lovers on its head; hence, the question mark at the end.  An example of this is how the characters act and think (I'll get more into it in the "Characters" section of this review). Kaguya and Miyuki begin to stray away from their standard approach to romantic situations, Ishigami's fear of Kaguya dwindles as the season goes on, Hayasaka starts letting Kaguya making more decisions for herself, and Chika......well, Chika is Chika. I don't believe that there's anything wrong with the characters that we see in season 1, but it is definitely satisfying to see that the main cast is having more drastic character developments in season 2. Of course, since the characters are experiencing these major developments, multiple new situations arise. Some of these include Hayasaka attempting to pursue Miyuki, Ishigami joining a cheerleading squad, and Kaguya and Miyuki having several moments where they are within very close proximity of each other. (I hope this section doesn't come off as bare-bones, but it's difficult to talk about the plot without bringing up the characters. Because of this, I'll go further in-depth when we start talking about the characters themselves.) Animation/Sound Not much has changed from season 1 as far as I can tell, but that's by no means a bad thing. For how mundane of a concept Kaguya-sama is (two high schoolers slowly beginning to fall in love with each other), A-1 Pictures goes above and beyond for every scene and every scenario. Character expressions and movements are frequently goofy and wild and, of course, this is greatly aided by the hilarity of every line of dialogue and the delivery of these lines from the voice actors.  All of these together often make things like small talk quickly turn into over-the-top arguments and freakouts. While this can easily overstay their welcome in other anime, Kaguya-sama manages to balance these crazy scenes with ones that further develop the plot and characters, making them feel more special here than they would be elsewhere. Characters In a romance anime such as this, story plays a very important role in getting viewers invested, but characters are the most important role of all. After all, if you don't like the characters, you're not going to care whether or not the lovers end up together. However, with Kaguya-sama, it's ridiculously easy to become emotionally attached to the characters.  Not only are the characters fun to watch by themselves, but they're even more entertaining to see doing things with the rest of the cast. Every character has something different to bring to the table, and every pair of characters is even more different than they are separately: Miyuki is usually calm and authoritative, but put him with Ishigami and they begin acting like two elementary school boys. Kaguya often comes off as cold and reluctant to new experiences, but her attitude quickly changes when she's with Chika - and even more so when she's with Miyuki. As I touched upon before, the cast has also seen a number of developments since the previous season, one of these being simply how Kaguya and Miyuki interact with each other. In season 1, even if they really wanted to do something with the other, they would absolutely not make the first move. For instance, in season 1 Kaguya and Miyuki both really wanted to hang out with each other before the end of the summer but only ended up meeting up once at the summer festival. In season 2, though, it isn't uncommon for one of them to think that they must plan out their course of actions to get what they want before the other simply does it. Take the season 2 finale for example: Kaguya's flip phone gets destroyed and Hayasaka ends up convincing her to upgrade to a smartphone. After acquiring said smartphone, Kaguya begins exchanging contact information with the student council members. Meanwhile, Miyuki begins thinking of ways to get Kaguya's number without coming off as romantically interested. Before he can come up with an idea though, Kaguya walks up to him and asks for his number outright. In short, the characters are able to stay true to how they were in season 1 while continuing to grow and change as the story leads us every which way. Conclusion Most of what I've talked about here can be seen as the natural progression of the show, but Kaguya-sama: Love Is War? seemingly goes above and beyond in delivering not only an enjoyable continuation of a romantic comedy but also an increasingly enjoyable continuation of Kaguya-sama.  With the striking visuals and stellar VA performances helping to carry the constantly developing story and characters, this will almost certainly go down as one of the best anime of 2020 and one of the best romance anime of all time.

It's really the best rom com you will ever see. I am already caught up to the manga and boy you will surely see many more interesting arc  in the future. Simply amazing 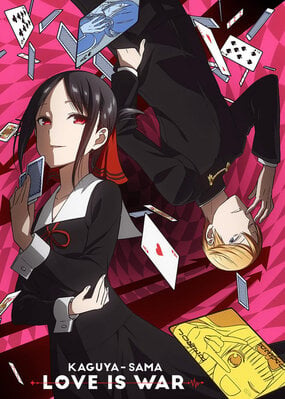 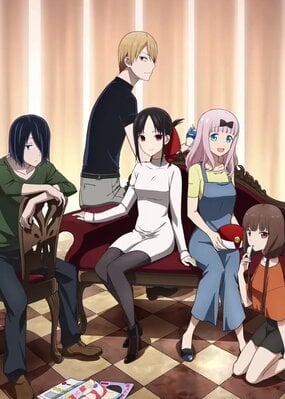 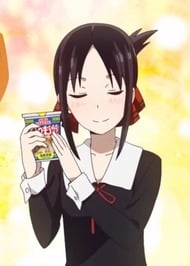 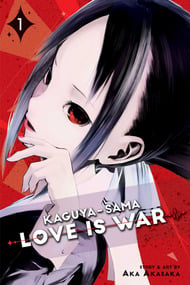 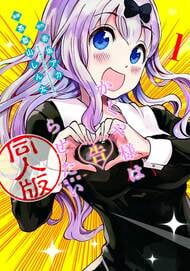