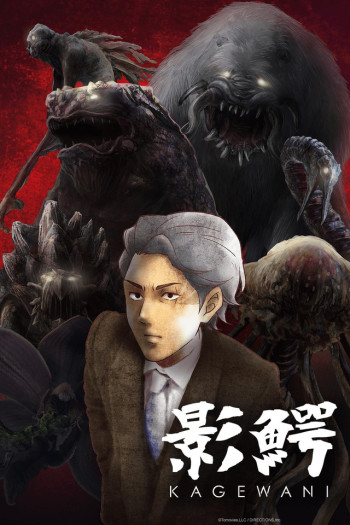 Step right up and gaze upon tales of horror and wonder, of urban legends and terrifying mysteries alike. From a man who suffers a mysterious accident on a business trip, to a boy who witnesses a horrifying family secret, to even a man who’s certain he’s being watched by a long-haired, creepy woman, there’s plenty of harrowing stories to be...

Both of these shows are horror shots that are (mostly) episodic. The type of horror it uses it also very similar (relies mostly on suspense and a few jump scares), and the art style is almost identical. If you liked one, I highly recommend checking out the other.

Like Kagwani, Yamishibai is an episodic horror anime following everyday people and their encounters with the unknown.

It makes sense to compare these two, as they are done by the same director looking to do largely similar things. They are both creepy, unsettling, and excellent cheesy "horror" flicks to throw on for a quick spook. Kagewani develops into an actually consistent and interesting story, whereas Yami Shibai is near entirely episodic.