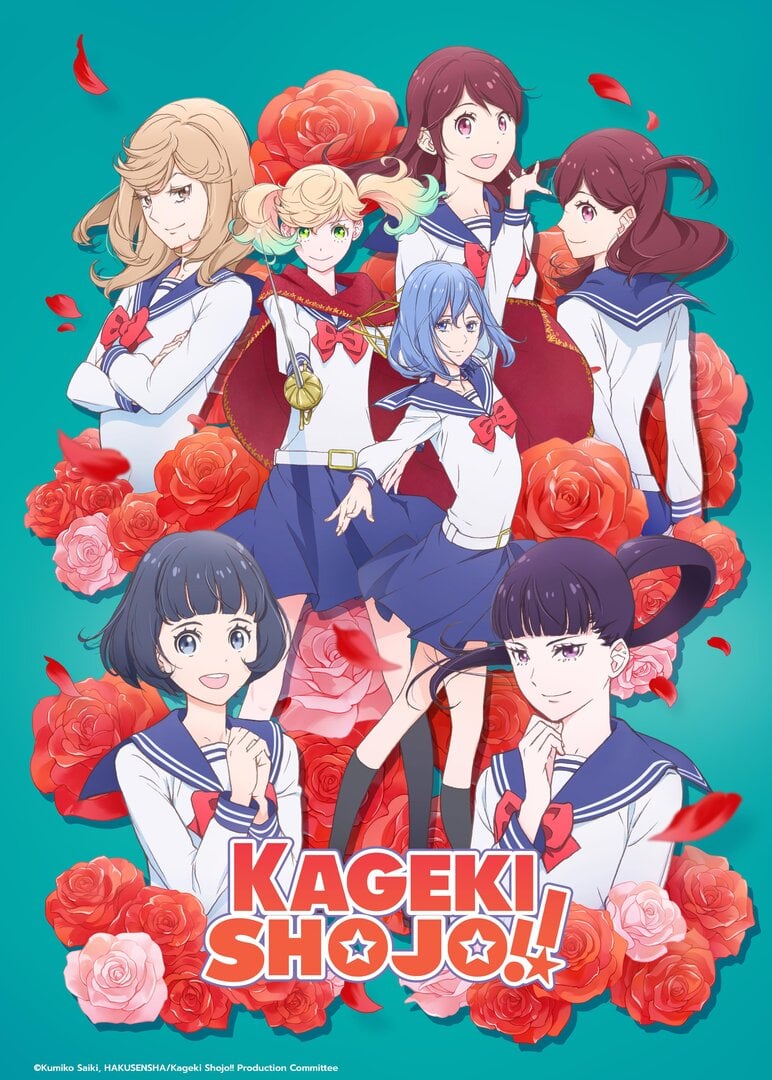 It's always the shows that have a synopsis that make you go "This seems bland, I can't believe there's a whole series about something like this" that end up being amazing.

What really hooked me is the depth of character progression, I got attached to many of them which is rare to find. The darker themes can definitely attract those onion ninjas, and that's ok with me.

The art is pretty, definitely a strong point of this show.
The animation is fine, but it's not gonna be anything like your 60fps fight scenes in an action show.

Overall, this is a really solid show to give you a break from your normal "popular" shows. May not be your favorite, but it's certainly going to be on my recommendation lists.

I LOVED the first two thirds of this season. Every episode seemed to feature a new character, and complex relationships were built. Dark real life topics are covered for once in anime- eating disorders, stalkers, sexual assualt, in such a relatable way that really built an audience connection with the cast. I looked forward to the next episode every time. Not to mention, the intro and outro are honestly a jam. The art for the outro changes depending on the featured cast of the episode, which I found to be extremely unique to this anime.

However... the last few episodes of the season just fell short of the tone set in the beginning of the season. Finally got through at least four episodes of four at a time in-uniform-not-costume auditions, almost all of which having pretty irrelevant flashbacks the whole time. Sure, there's some minor rivalry/social conflicts during the auditions but for the most part the students barely got to say anything outside of the play's lines. The auditions were 1/10, less than fun to watch, I can only listen to the same lines over and over again with slightly different emphasis so many times. And we don't even get to see the year's gradution or this culture festival they were auditioning for the whole time in this season? After a month of waiting for audition episode to release every week, after FINALLY determining the cast, the four are left to practice basically on their own because the play is literally "just soliloquys"? That's the end of the season? What? Genuinely needed a 14th episode, not sure why the audience needs to wait for another season to see the ending of the first school year, if we even get a second season or it's even shown at all.

Honestly a strong contender for anime of the season in my opinion. it is in my opinion what slice of life anime should be like. Most of them now only try to highlight drama all the time. this had just the perfect blend of Drama, Comedy, Schoollife, friendship and Competetion all in one place. And the best thing was after every episode had ended i couldnt help but get excited for the next one. This feeling is something i like to have when watching these new, niche and without any background media to support anime. it was truly a brilliant experience.

I think it was kinda boring the first time but actually its not that bad. I dont really watch these type of anime but bcs I think the animation is beautiful I keep on watching.