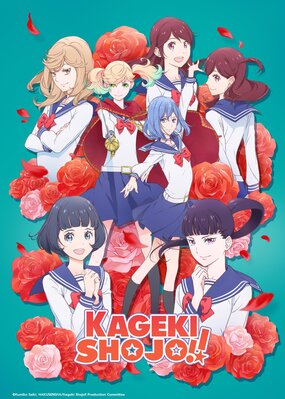 Like the Takarazuka Revue, the young women who go to the arts academy Kouka Kageki High School play all the parts of musical theater, be they female or male. Narata Ai is a jaded former idol performing female roles—her roommate, playing male roles, is bright-eyed country girl Watanabe Sarasa. From the school to the stage to the rest of their lives, there is no challenge these young women can't face with their passion for performance.

It's always the shows that have a synopsis that make you go "This seems bland, I can't believe there's a whole series about something like this" that end up being amazing. What really hooked me is the depth of character progression, I got attached to many of them which is rare to find. The darker themes can definitely attract those onion ninjas, and that's ok with me. The art is pretty, definitely a strong point of this show.The animation is fine, but it's not gonna be anything like your 60fps fight scenes in an action show. Overall, this is a really solid show to give you a break from your normal "popular" shows. May not be your favorite, but it's certainly going to be on my recommendation lists.

Truly a Gem! Ever since she was a little girl, Sarasa has always wanted to play the role of Oscar* as part of the Kouka Acting Troupe, which is an all-female acting troupe similar to the Takarazuka Revue*. But before she can do that, she has to attend the all-girl Kouka School of Musical and Theatrical Arts, which is famous for its strictness and high standards, where she will learn: dancing, singing and acting, but also meet new friends, as well enemies. Will Sarasa successfully graduate from one of the most difficult schools for the future actresses? The anime focuses on your usual ‘I will be friends with everyone’ type of a character. While the very first episodes just scream that this anime is going to be some average yuri, with cute girls do cute things, or something like that, kind of a show, with no plot all together. You will be completely wrong to assess Kageki Shoujo!! like that. This anime is a mix of drama, as well as comedy that will show you how truly difficult and sometimes even unreal the job of an actor/actress truly is.   The story is something that you will never find in any other anime. This alone makes this anime very unique and worth of your attention, but this is not the only thing it can offer. The story is rather simple: girls attending the all-girl Kouka School of Musical and Theatrical Arts, where they learn dancing, singing and acting. So what, cannot just anyone do that? No. First, to become a student of that school you will need to undergo a number of exams and only a few actually pass them. Second, even if you pass these exams, you can still be expelled. So what, still manageable. Now imagine yourself a teenager, who sees an extremely tasty cake. Obviously, you buy it and eat it. Which is something the future kouka actresses cannot do, because they will play mostly for women and it is quite a challenge to be an actress that any women would like: they are to look slim, with a perfect body and keeping themselves in a perfect form, while playing some crazy difficult roles.   Ost wise, while I do not usually touch upon animation and OST, I cannot skip this part in the series. The animation looks like something you would see in any shoujo anime, however, as the anime progresses, you simply cannot deny its style and super attentive approach to the design of the characters and backgrounds. I am speechless, really beautiful. OST wise, the OST really helps to fall in love with the series even more, but the true gem is, of course, the ending theme, which perfectly fits the whole anime and I, honestly, cannot imagine Kageki Shoujo!! without that gorgeous theme. Perhaps, the best thing about Kageki Shoujo is its characters. The anime pays a great deal of attention to its characters; no one is forgotten, almost every character has a story to tell the viewer and do not expect some cute girls do cute things, idol band kind of a story. Kageki Shoujo actually has some rather dramatic elements that are not for kids’ eyes. Overall, I only told you 1% about this anime; you are still to discover its 99%. Kageki Shoujo!! is one of the most well rounded anime that I have ever seen. I cannot think about anything that I want to criticize this anime for, everything is flawless: there is a balance between the cute girls do cute things, comedy and drama. In addition to this, it is very difficult to guess what will happen next in the story, which makes the process of watching even more entertaining. Do give Kageki Shoujo!! a try, it is a very serious piece that has its obvious beauty.  _________________ *Oscar François de Jarjayes is a fictional character created by Japanese manga artist Riyoko Ikeda. *The Takarazuka Revue is a Japanese all-female musical theatre troupe based in Takarazuka. Women play all roles adapted from films, novels, shoujo manga, and Japanese folktales. The Takarazuka Revue also has five troupes that have certain differences: Flower Troupe (otokoyaku [represents the woman's idealized man]); Moon Troupe (singers); Snow Troupe (dancing and opera); Star Troupe (both otokoyaku and musumeyaku); Cosmos Troupe (consists of previous 4 and mostly invites the most popular actresses). *Kabuki is a classical form of Japanese dance-drama. Kabuki theatre is known for its heavily-stylized performances and costumes.

I LOVED the first two thirds of this season. Every episode seemed to feature a new character, and complex relationships were built. Dark real life topics are covered for once in anime- eating disorders, stalkers, sexual assualt, in such a relatable way that really built an audience connection with the cast. I looked forward to the next episode every time. Not to mention, the intro and outro are honestly a jam. The art for the outro changes depending on the featured cast of the episode, which I found to be extremely unique to this anime. However... the last few episodes of the season just fell short of the tone set in the beginning of the season. Finally got through at least four episodes of four at a time in-uniform-not-costume auditions, almost all of which having pretty irrelevant flashbacks the whole time. Sure, there's some minor rivalry/social conflicts during the auditions but for the most part the students barely got to say anything outside of the play's lines. The auditions were 1/10, less than fun to watch, I can only listen to the same lines over and over again with slightly different emphasis so many times. And we don't even get to see the year's gradution or this culture festival they were auditioning for the whole time in this season? After a month of waiting for audition episode to release every week, after FINALLY determining the cast, the four are left to practice basically on their own because the play is literally "just soliloquys"? That's the end of the season? What? Genuinely needed a 14th episode, not sure why the audience needs to wait for another season to see the ending of the first school year, if we even get a second season or it's even shown at all. 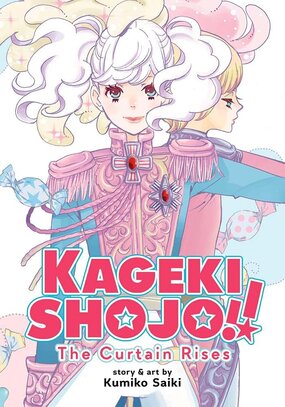 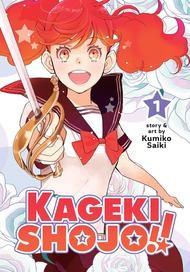