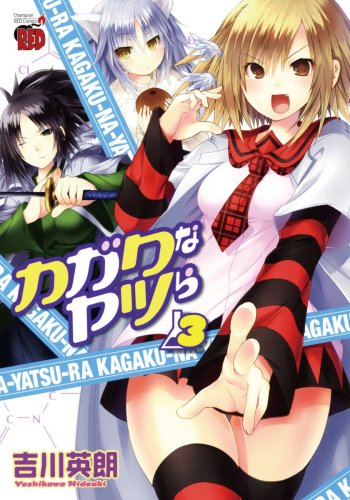 Nothing can compare to this MASTERPIECE.

The story and characters was so REALISTIC that I honestly thought the whole time that I was the protaganist, and I was the one who was talking to my friends.

This film's motion had the FLUIDITY of water.

Edit: Upon further research I have come to the conclusion that this is a animation not a video flimed in 23.976.

The soundtrack to this anime is MAGNFICICENT. The sound the woodwinds created was STUNNING. The timpani was EXHILARATING. The string section was THOUGHT-PROVOKING.

Not my proudest fap, but a well animated one. Honestly, I can't wait for a full anime series of this. The quality is fenomenal and it suits all types of people. All in all, 10/10 would watch again.

Anime doesn’t always enjoy a great reputation in the West, it tends to be lumped in with Western children’s cartoons, so naturally people scoff at any adult who watches it. Then you have the people who assume that it’s all naked girls and perverted nonsense, or in the words of my ignorant younger brother “Anime? You mean that shit with the naked toddlers and tentacle rape? No thanks”. Usually these kinds of statements annoy me, but after watching Kagaku na Yatsura maybe he has a point...

I literally died a little inside after watching this wannabe hentai, it’s little more than twenty seven minutes of puke-inducing acts of depravity that makes the viewer feel like a terrible human being. Being stabbed over and over in the face with a rusty spoon would have been more enjoyable than watching this OVA. Now I’m certainly no fan of ecchi at the best of times, it’s definitely one of my least favourite genres. But I can sometimes get behind it if it’s tasteful and is used appropriately, but shows like this exist solely to harden basement dwellers nether regions, and that’s just.....well, it’s just deplorable.

I guess we should start with plot, or I would but it seems the creators decided to neither start nor finish with plot during the making of this OVA. There’s literally no plot to be found. Anywhere.  As far as I can tell it’s about a non-descript guy who happens to be standing near various inappropriately attired girls as they fight, and drug each other with untested medicines. And science, it’s about science and how making dangerous drugs to enhance the sensitivity of breasts can lead to a better future for mankind. Or something along those lines that anyway. Actually, does milk spewing from breasts like a fountain in every scene count as plot? It does? Ah well then, it seems this is the most plot heavy anime I’ve ever seen then. My mistake.

And we now land at the breasts, I mean the feet of the characters. The characters are almost the typical ecchi slutbags, except they don’t seem overly fussed with throwing themselves at the main characters, certainly not as much as almost every other ecchi comedy out there. First we have the loli, she’s blonde, she has the standard tiny breasts and annoying shouty personality. She’s also a cyborg complete with detachable limbs! It’s a pity for her that her cyborg parts don’t make her immune to dangerous drugs though, as she soon finds herself gulping down a breast sensitizing agent that make her breasts so sensitive to touch that she can’t do anything but moan and orgasm in front of everyone. She also has a backpack with a buttload of mechanical arms in it. This leads to one of the single most creepy scenes in all the anime, where she uses them to violate Ayana and Touko (see below) in every conceivable way, filled with squeezing, twisting, slapping and intense vibration until eventually they all explode in a titty-milk filled orgasm overload. Nasty stuff, truly nasty, nasty stuff indeed.

Then we have Ayana, one of the few names I can remember from this show. She has HUGE breasts, she’s also half dog. She plays the quiet, shy, timid one who frequently ends up being almost-raped by her sister. She puts on a mean “Oh no don’t sex me up, actually do but I’ll pretend I don’t like it when really I’m loving it” face, which seems to be her only reason to exist in this whole OVA. Her sister, Touko, is a giant, vile bag of incestual rapey horror. She can go invisible, and is completely infatuated with her sister to the point where she exists only to try and rape her upways, downways, sideways and every which way the dirty otaku mind can fathom. One particularly disgusting scene see’s her force kiss Ayano, the tongues and saliva get everywhere. And I really do mean everywhere.

Last, and most certainly least, we have the previously mentioned male. He’s male, he’s boring, and at the end he drinks milk directly out of the loli’s breasts. That’s all I have for him, he was so bland, and in the background so often that I would have forgotten that he existed if it wasn’t for that revolting drinking scene.

But! Just as you think you’ve seen it all, that this anime can’t possible throw anything more disgusting, more rancid at you, it cockslaps you in the face with a fucking tentacle rape scene. Yup, the holy grail of hentai anime is thrown in at the end just in case you somehow managed to stomach the first two thirds of the show without having to swallow vomit back down. It’s truly uncomfortable stuff, all that slime mixed with pained screaming and saliva is just....I honestly don’t want to think about it anymore. As you can probably tell, I’m struggling to keep my sanity here, so like a swift spurt of titty-milk I’ll leap over to the next category.

The art is actually decent! I know, you didn’t expect me have any praise at all for this series did you? But sadly I have to admit that this was by no means a terrible looking anime, it wasn’t great either, but it was good. The downside of this is that the vile scenes were more detailed than I ever wanted them to be. Sound wise, the sound effects were so cheap it was unreal, with that signature sound of hands clapping used for breasts flapping together. The voice acting was pretty lame as well, but I guess Ayana had some pretty convincing rape sounds on the go, and I suppose that’s a good thing if you get off on that kind of thing. Not that you would because I assume whoever’s reading this is merely morbidly curious, and not at all reading this because they enjoy the show, or the genre.

So, conclusion time, and all I have to say is don’t watch this show. For the love of all that is holy DO NOT watch this show. And if you have watched it already, then shame on you, your parents would be utterly repulsed by you. Sadly I now belong to the latter section, but it was worth it if I can turn just one person off from watching this pile of milk-laden shite. It’s completely vile, extremely offensive, laughably poorly written and is a perfect example of what is wrong with the anime industry.

Screw you Hoods Entertainment, how can you have the gall to put “Entertainment” in your company name. Now excuse me while I go take a long shower in an attempt to wash off the guilt, despair, shame and crusty ejaculate from my body.

Plot, you don't give a fuck about that. The progress is stupid, the protagonists are stupid, they're all stupid, the sheer amount of fanservice is just fucking insane, the breast size is past the stage of Tomo-Tits and into Eiken, maybe even past that because holy fuck man, they are fucking massive! I don't mean watermelon size but like 2 watermelons! Per! Holy bat-nipples Batman! And you bet each episode segment ends with some sexy titty action, which is pretty much like the manga. Quite faithful to that smut it is.

Fuck logic, there is none here and how they're scientific geniuses (Except for that dumbshit main McFuckpants) at the age of teenager is understandable because tits. Wait, logic? LOGIC IN A SHOW ABOUT SCIENCE GET THE FUCK OUT. Logic has nothing to do with a show about the scientific properties of breasts! Except for oxygen, that sex fiend.

It actually gets repulsive by the end, so completely shitfaced that it's just... man, what the hell am I watching? What the fuck is this logic? FUCK SHIT SHIT SHUT THE FUCK UP LOGIC- Look, anything that happens in this OVA is for the sake of tits and milk. If anything happens, it's a lead up to more tits if the screen isn't already filled with them. That and sexual harassment because the show has a hard-on for that.

Animation: Speaking of boners, the animation which I'm instinctively inclined to give a 12 because of the copious amount of tits, love and care given to the animation of boobs and nipples, more milk than an episode of Seikon no Qwaser, enough milk to turn Papi on, more titties, ripple effect on the gigantic mammaries which was mind-blowing and just woah, the fuck am I smoking because holy fuck them tits just- WOAH because I was just dumbfounding at the physics and the movement of it all. That was some crazy shit right there.

And fucktons of milk. Big Tits Doggy Girl has massive puppies that milk at the slightest provocation and she holds more milk than a cow and lets it all out. Also wears some extremely proper attire for some excellent ass shots, just to let you know that there's something other than breasts and milk in the OVA.

Characters: MC is fucking stupid as fucks and the two gals want his nuts so badly for their experiments in sexual reproduction, Doggy Girl is more stupid than two fucks and incredibly dense. So dense that- I'm sorry, I don't think I have a comparison for her stupidity. Damn this is bad. But she has a pair that is a quarter of her body weight and would cause instant backpain where the slightest movement throws them into a frenzy and has sensitive nipples. Small Tits is smarter, somewhat more so and is actually cunning in a way, but a rock with tits can influence MC to a degree. Ninja gal has massive tits and is a sex fiend. Also has a doctorate in Gender Sexology.

Basically, they are all stupid as fuck. The only redeemable character is that stoned bird who just looks on as the girls get sexually harassed. Nobody knows what he sees the events as with those eyes of his.

Overall: Boobs. They milked this one for all it's worth to keep it abreast of the pack and it shows. It's really all about the boobs, nipples, milk and sexual harassment with a slap of titties on the side.