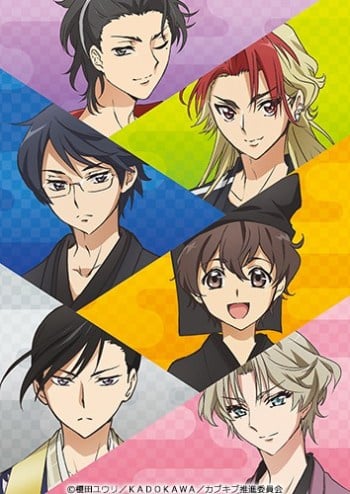 Prologue: As of Spring, This Guy Is…

Act 2: Wisteria Grows in the Expression of My Love

You say you do not know? Then let me tell you!

The Moon is Clouded Over...

I Jumped In to Intervene...

Family is Eternal, But a Man Lives Only an Age

These Five Thieves Lined Up Here

Although It Is Absurd that I Should Have to Say My Name...

Though I gave the show a fairly low score, this is an anime that I've come to adore. I honestly don't know what it is about it, i just don't agree with any of the negative things I've been reading. I'll admit that the characters are kind of basic and the sequence of events is very similar to most "LET'S MAKE A CLUB" type animes, but that doesn't really diminish the quality of the show itself. I've never heard of another anime besides this one having anything to do with kabuki. I've only seen one live kabuki show in my life and I have to say it's a beautiful art-form. SO getting to watch an anime about it makes me really happy. Our protagonist (Kuro) is so passionate about the ancient art and it really gets to me. It's obvious with any show that the foundation of a character (at least in these types of shows) has to be their interests, but that doesn't necessarily make Kuro generic. I agree that the characters aren't fully developed, unique people, but they're still lovable. We see a lot of cliches for personality, but that doesn't make them the same people as someone from another show that fits into their character's type. For example, we have Tonbo. He is the quiet, nerdy type that usually stays in the background, but is always there for our protag. I'd say that Kenya Kobayashi from Erased could also be summed up that way. Since they're in drastically different shows and situations, though, they're roles and actions are different. Yes, they both meet the same trope, they are vastly different people. They same goes for everyone else in Kabuki!. I've seen a lot of people call his show boring and I think part of the reason (whether they realize it or not) is because of the genericness of a lot of its elements, but I don't really see that. Yes, it's not as fast-paced and action-packed as something like the mainstream shounens (BNHA, Tokyo Ghoul, SNK, etc.), but I'd never go as far as to say that this anime is "boring". No, it is not suspenseful, but that's because it's not supposed to be. I'm saying that this show is entertaining because there was never a single moment where I felt my time was being wasted. There is no fluff. The story is continuous and never stops for a second. That's what makes a show worth it. I would understand people calling it bland and monotonous if they spent entire episodes with just filler, but Kabuki! doesn't do that! Everything you see is useful to the plot, and that's what makes it interesting. Plus, there are things you don't expect, which also adds another layer of... I guess you could say anticipation. Examples being when Kuro passed out and Shin took his place or when they did the two different versions of The Three Kichisas. Those things make me want to see what the characters will do next. There's also the dilemma of Ebihara and whether or not he'll ever warm up to the idea of the kauki group. These things and more are what make the show fun to watch. I think it's anything but dull. There isn't any argument that someone can make that can change my mind, because it really does all come down to opinion. I usually do like psychological thrillers, horrors, and mystery, so me falling in love with this anime was something I never expected, but it happened. I really enjoyed Kabuki! and I will stand by my reasonings, of which there are many I didn't mention. The score I gave is relatively low and that's because I'm able to recognize the weaknesses in the anime, but they didn't take away any pleasure I got out of watching it. Yes, the plot is basic. Yes, he characters are tropes. Yes, it's sometimes predictable. But I will 100% watch this again and again and again because it is a very endearing show and I really wish it would reach more people. 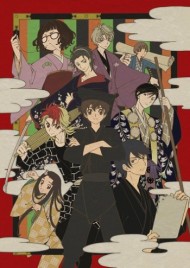 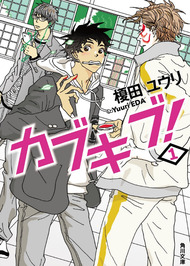 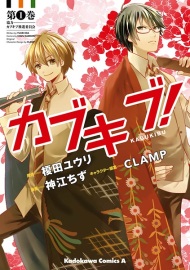