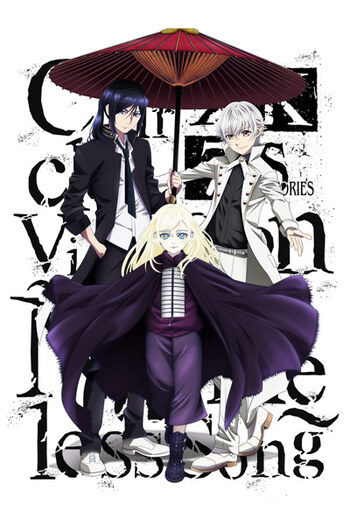 If you're looking for anime similar to K: Seven Stories Movie 6 - Circle Vision ~Nameless Song~, you might like these titles.

Fifty years ago, Haru was diving in the sea as part of a scientific experiment; but something went terribly wrong, and a shockwave both decimated the area, and caused Haru to slip into a coma. In the present, Haru awakens as an old man into a vastly-changed society. People, no longer content with reality, have turned to a metaphysical reality called the Metal to fulfill their desires – and it’s up to "cyber divers" to save these souls when something goes wrong. With the help of the cheerful girl Minamo and the android Holon, Haru strives to become a cyber diver, discover the secrets of the Metal and ultimately discover the reason why his life has slipped away.