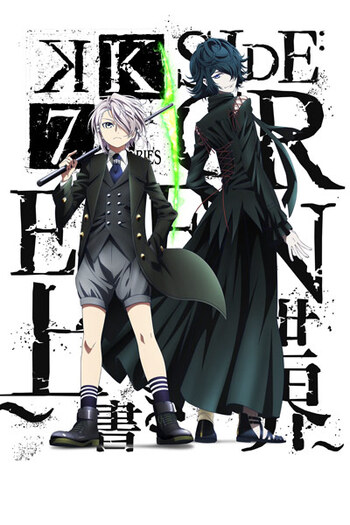 If you're looking for manga similar to K: Seven Stories Movie 3 - SIDE:GREEN ~Overwrite World~, you might like these titles.

Szayel Apollo and Aaroniero have fallen into the middle of barren wasteland. As they begin to quarrel about who is stronger, they are interrupted by a mysterious man named Shuren informs them that they are in hell. But when negotiations break down, it seems that even two of the Espada may not be a match for those that dwell in the underworld…

Set in a world where history has taken a slightly different course from the one we're familiar with. In Shizume City there is a psychic war between seven kings. The story goes that the Third King, known as the Red King, created a group called HOMRA filled with extraordinary people. If you manage to join HOMRA, you also acquire unbelievable psychic abilities.

A novel adaptation of K, focused on the history of the blue clan and the events which led to Munakata Reisi's appointment as the current blue king.

Killing is all Spas has ever known, and he does it without doubt or remorse. Taught to believe he’s ridding the world of monsters, he sees the extermination of the Twilights as a necessary step toward making Ergastulum a safer place. Until the day when he’s forced to confront the horrifying truth that the real monster might be…him.

The story follows the struggles of street gangs in a near-future version of Tokyo.