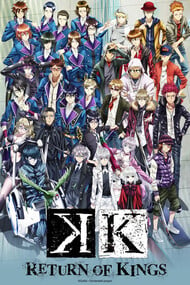 Following the events of K Missing Kings, the Green Clan JUNGLE has been spreading its influence, causing friction with the Red Clan HOMRA and the Blue Clan SCEPTER 4. The war escalates when the Green King, Nagare Hisui, sends his men to attack Kuro and Neko, forcing the return of the Silver King, Yashiro Isana. Reunited with his friends, Shiro reveals his plans for dealing with the Green Clan-- and alliance of the Red, Blue, and Silver Clans! But the Green King carries his own wild cards! Will the combined power of three kings be enough to stop Nagare Hisui from fulfilling his dark ambitions?

(No Spoiler review) [All Episodes seen so far, update at end] This is the second anime season of "K". If you haven't watched the first season, it'll make a lot more sense if you watch that first. What the K franchise is about (and there's a movie Missing Kings which ties in the two seasons here) is a reconstruction of history from WWII, which led to superpowers being developed amongst certain factions of humans. So this gets to the heart of what hierarchies are about, what feudalism was about, and how an organization changes depending on the leadership and the membership. You get a mix match of various different organizational ethics and ideals, such as the Yankee youth gangs that focus on comradeship and strength or the police forces that focus on Order and maintaining civic security and peace. There's also some modern or random stuff thrown in, since the feudal factions are split between 7 Kings, I think. So 7 overall factions, minus the internal factions. The first season generally only focused on 3-4 of those factions. This series is hard to explain. It has action, yes, but it's not actually about action sequences. The first season was about leadership and duty, pretty much. Second season is a continuation of the events from the first season, so after watching episode 1, there's not much I can say about it other than that it looks good so far. Updated to Ep 4 now. This starts off a little bit slow introducing the various characters, but it is a direct sequel to Missing Kings and Season 1 of K, so a lot of flash backs to previous events in Missing Kings, but if you didn't know what happened in Season 1 of K, you would be pretty easily lost by now. A couple of loose ends that people were wondering about, were tied up, including the really big "plot" device. Currently the episodes are setting up another plot arch and has focused more on cool flash action sequences, the visuals, and introducing the characters to people who are new. The fight choreography or setup is very flashy, with a lot of weapon twirling, special effects from powers, and so forth. Whether people will like that or not, no idea. Up to you. To help people new to this series, the "Kings" are individuals given power by the Dresden slates found during WWII, those slabs of stone people see all the time under protection. Each King has its own special power, which they can then hand to loyal subordinates, like oaths of feudalism. I'm exposing some of the plot arcs of the first season, but either the reader already knows about this if they are a fan of K or the new viewer will have need of this critical world building information. Otherwise you're just seeing characters run around with cool powers, which I don't think encapsulates the complexity of K's world building. *************** Now that the season has ended, I can give a more final rating and review. The overall plot arc has ended, so there won't be a need for another season for this story line. The ending was pretty absolute in terms of how many plot lines were tied up. Compared to the first season of K, this one is more action packed, more centered around the various powers and politics even of the world. It's also not constructed in the same way, so don't expect the "life and death drama vibe" of the first season of K.  Overall, I enjoyed the first season more, because the story was constructed using a more mysterious and interesting mechanic. This second season I'm reviewing here, ties things up very nicely and provides closure to some unresolved plot lines from before. The first season of K had the central themes of family and loyalty to clan or friends. The second season of K introduces a different theme, on top of the first one: the evolution of humanity using de-centralized chaos. I found myself in agree with that on principle, but the methods they used weren't something I could agree with. That was interesting on an intellectual level, it was hard to match that up with the previous vibe. So while K the first season got 5/5 from me, this one due to reductions, only got 4/5 or 8/10. Still good, but not quite as impactful as the previous story.

**there are spoilers, be warned** If you loved the previous season of K and K: Missing Kings, you will not be disappointed with K: Return of Kings. Story: The story is a continuation from K: Missing Kings that starts out with HOMRA with Anna as their new King/Queen, Munakata with a damaged sword, and Kuroh and Neko still frantically searching for their King, Yashiro Isana or Adolf. K. Weissman. Amidst the mayhem, the Nagare Hisui (the Green King) has come out of hiding with the recent death of the Gold King to steal the Dresden Slates and free their power to everyone. The great thing about this continuation is that it doesn't focus on a single character primarily like in the first season of K. It more revolves around the characters, the situation, and how they interact from their various POVs. It shows a lot of themes of loyalty, comradery, and questioning right ideals vs. wrong ideals. Of course, it isn't perfect. A lot of the backstory you need to either infer or look up, but overall the story in itself is truly unique and concludes excellently.  Animation: I'm biased because I think it's stunning. You can see the differences between k and K: Return of Kings and they have truly improved. I loved it.  Sound: I love the music that this show offers because it is a good reflection of the story in my opinion. A more electronic feel while having a drive to it. They repeat music quite often, which can be the negative side.  Characters: There is definitely fanservice within the show- which I get, but at the same time there could be so much more character development between the characters if that wasn't there. Again, this show was fantastic because it entered around not a single character. There was significant developments in the characters of Munkata, Anna, Yata, and Fushimi. Other characters developed, yes, but these four had a significant change since season one and the audience was able to see that growth withing K: Return of Kings as well. Again, I'm biased because the literature that underlies this show is phenominal to me and I adore it. I understand not liking the show, but at least give it a shot!

First some items I need to adress. I'm Dutch to expect some spelling errors, if they are to annoying just message me and I'll fix it. My opinion may vary from others and this is fine. People are different so there is a good chance that I will not like what you love. Deal with it. I'm not telling you that you should hate it too, I'm telling you why I didn't like it. I'll try to keep swearing to a minimum but fail utterly on occasion. In general it is the more the anime pisses me off the more I swear so watch out for the low scored ones. Art: It is....ok? I'll explain in the rant section. Sound: No real complaints actually, it's pretty ok. Voice actors had nothing much to do and I don't remember any music either. While I don't like the first I approve the second. Characters: The main character is Shiro, also known as the Eternal King. He is flighty and has a habit of running away from his problems. Anna is the new Red king but vows to use her powers to protect. In that regard she is unlike any of the previous Red kings that came before her. She is loved by every Red clan member and respected by many of the others. Reisi is the current Blue king and he is suffering from the fall-out of killing the former Red king. His Sword is breaking up and he struggles to keep it from falling. Hisui is the Green king and he is desperately trying to steal the tablet that created the Kings and their clans. He views the fight with the other clans as a game, a game he intends to win. Story. The story continues right from the ens of Missing Kings so watching that movie is a must to make sense of this. Hisui cintinues his efforts to get the tablets and win his game. Meanwhile the other clans try to keep the tablets save and stop Hisui. Meanwhile Shiro has come back with the intent to stop running and ending things with Hisui. Rant. This is by the same people who made Hand Shakers and in that review I mentioned the constant light glare that the studio put in. Fortunately they are not as prevailent as that anime but it is there. It is still distracting but at least this is reduced so much that it is watchable. One thing I did like was the colour scheme used in the anime. It would happen that people were talking in a room and one section of the room was one colour and the other side was another colour. Of course there was nothing there to explain the colour but for once I didn't mind. As for the story....it's fine. The story picks up ight after the events in Missing Kings. As every major player gets introduced in that film it is highly recommended that you watch that film first before starting on this. Unfortunately this makes it lose points in my book. There was one thing that bugged me greatly but that is at the end and contains major spoilers. Spoilers that I do not want to in to. 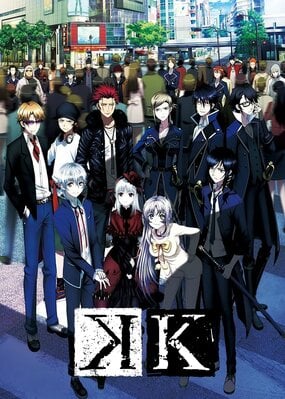 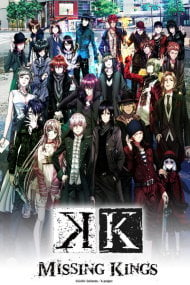 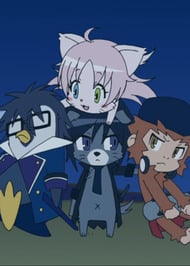 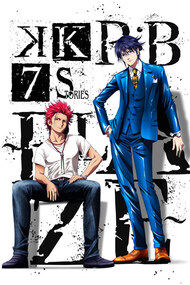 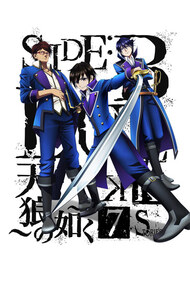 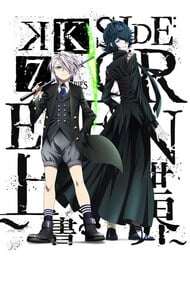 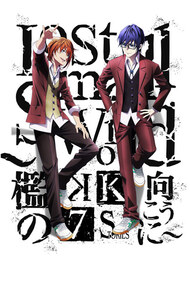 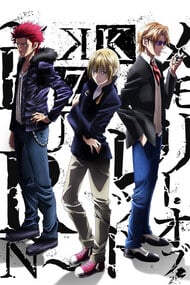 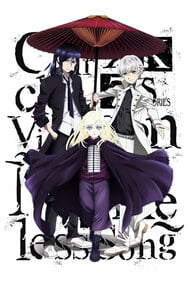 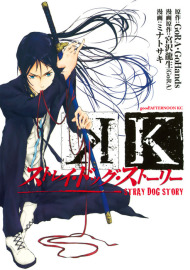 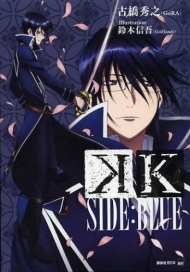 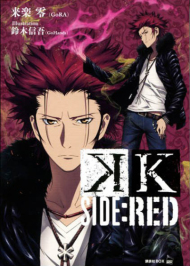 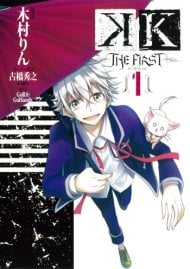 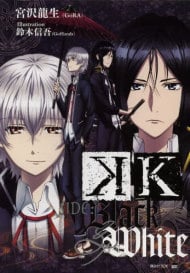 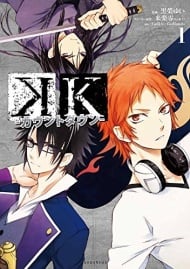 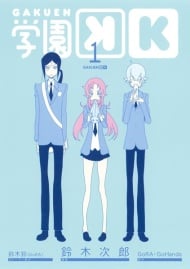 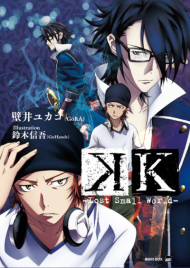 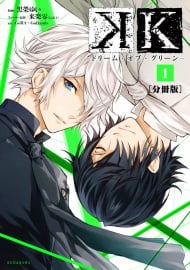 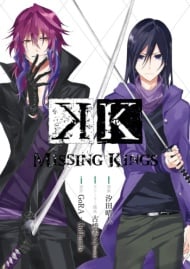 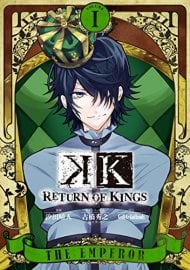 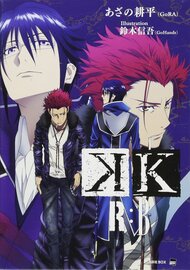 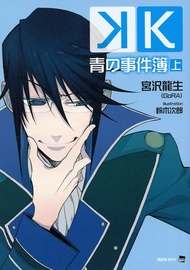 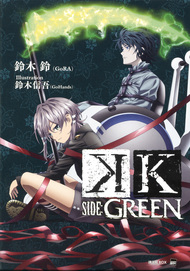