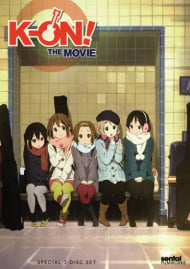 Graduation time is finally here, but the girls of the Sakuragaoka Girl's High Light Music Club aren't going to let the end of high school be the end of all they've built together. First though, they have to keep a promise to take a trip together, and like everything else they do, they're not doing it halfway. So it's time to hop on the bus - the double-decker bus that is - and go around the world as the band heads for the birthplace of the British Invasion: the United Kingdom! And on the way they're going to have to solve that one last big puzzle that's been vexing them: what to get for their underclassman rhythm guitarist Azusa, who will be taking over the club once they don their caps and gowns and leave Sakuragaoka for the last time. Get ready for a Magical Musical Tour as the whole gang takes in the sights and sounds of London and prepares for one last amazing encore.

There might not have been much of a story to the 2 seasons of K-on but the movie is a perfect ending to the highschool days of the Light Music Club band members! Most of the movie takes place in London, where the girls celebrate graduating high school. During their last days of high school they also look for an appropriate way to say thank you to Azusa since she'll be at high school for 1 more year.

I would wager that K-On! The Movie was Kyoto Animation’s best effort in their K-On! projects.  While original in design of a whimsical trip to London as a pre-graduation trip for the five girls of the band, it incorporated many of the scenes and elements of Season Two, Episodes 23 and 24 to make a fitting closure to this phase of the After-School Tea-Time musical journey.  The senior members forward look to life in college, junior Azusa wondering how she will maintain the less than popular Light Music Club in her senior year.  The anticipations of moving on and the dread of being left behind. The core of the movie is the trip to London.  The choice of this ‘centre’ of rock music legends was Mio, though the final selection was made by Ton-chan, the turtle and Light Music Club mascot.  Ah, sorry Yui, but your wish for ‘Europe’ didn’t pan out, did it?  There is much excitement in the flurry of activity to get to the airport, the flight itself, and the arrival.  And then, the expected cultural shock, despite Yui’s insistence on ‘speaking English only.’  The girls are not ready for London’s vastness, the taxi ride, coming to the wrong hotel, and struggling to find the correct site.  En route, they are not competent in English enough to visit a sushi bar and confusedly play a performance, believing that this would be rudimentary to receiving a meal. The movie’s weakness is the number of weird coincidences.  Ritsu meets her friends and learns that her band had stolen their gig at the sushi bar.  After-School Tea-Time is called on to perform at a Japanese Cultural Festival hours before their return flight.  Ms. Sawako arrives to be the band’s advisor for the last few hours of their London visit. But the movie revolves on comedic elements that developed in the two seasons.  Azusa’s aversion to being hugged by Yui.  Ms. Sawako’s protective obsession over HTT.  The search for that afternoon tea break (no luck finding the stuff in the UK, that so-called land of tea).  Finding those moments to rock-out for the fans (including a prohibited concert in their classroom on graduation day).  But the most touching was the line concerning the band’s desire to write a song for Azusa, the band’s ‘wonderful angel girl.’  The youngest member had been the foundation to the original four members of Sakuragaoka High’s Light Music Club, and the effort to get the right words is moving. And, with the singing of that song, After-School Tea-Time transitions into new avenues, one more year for Azusa, and college life for Yui, Ritsu, Mio, and Mugi.  Great animation for this movie, with flashes of stylized London, brilliant dawns and sunsets, and clusterings of British culture.  And the promise of another pre-graduation jaunt to celebrate Azusa’s big day … that would be a fine old time, eh what!  Maybe the girls will do Europe.

Where do you start when speaking about K-ON!, for such a simple idea the series is probably one of the best known and most loved shows in the last three years. So, yes, a movie to go along with the two seasons of the anime was always going to be gratefully received by the fans, but did this move turn out to keep the charms of the show we all know and love? The movie starts off in normal, silly, K-ON! style, with the characters acting out the band breaking up in order to fool Azusa. The movie is set just before the older four members of the group (Yui, Mio, Ritsu and Mugi), graduate from high school and head off to college, leaving poor Azusa behind with her being a year below them. Before graduating the older girls want to think of a way to thank Azusa and show they won’t forget about her; to begin with Yui throws around the idea of the group staying back a year so that, in the end, they’d all graduate at the same time. With that idea quickly shot down by Mio, however, they move onto other ideas. Of course while discussing ideas Ritsu overhears some students discussing taking a trip away just before they graduate, which the Light Music Club then also end up thinking about, meaning their ideas for Azusa are momentarily put aside while they decide on where to take their trip. In the end the group end up heading towards the great city of London (with Azusa too, even if she isn’t graduating they all agree she can’t miss out on the trip when she’s part of the Light Music Club), and the older members decide that, while in London, they’ll work on writing a brand new song just for Azusa. That is pretty much the plot of the whole thing; the girls go to London and Yui tries to figure out a song for Azusa, as expected of K-ON! it rarely goes much deeper than that. That isn’t to say it isn’t an enjoyable movie however, because it is, and anyone fond of the series itself will know that K-ON! was never one to go into too much depth with anything. While the movie is made up of the normal K-ON! silliness, there are certain things which they feature keeps running throughout, like Azusa guessing that the group are up to something and then worrying that Yui does indeed plan on staying back a year, which is something the movie managed to keep running right to the end and it was nice to see it dealt with in that manner, over being a passing worry and forgotten about quite quickly. As far as the plot and characters go overall, fans will struggle to find a difference between the characters and stories over the two seasons of the series, which is always a good thing. With the film being over two hours you wonder if the characters will manage to stay as silly and loveable as they were in the TV episodes, but they keep all that and more, so it works out well. As far as the animation goes I struggled to fault it for what it is, it isn’t outstanding, but it’s still likely the best you’ll see from K-ON! and some of the scenes really can be quite pretty. As far as the soundtrack goes, again, it wasn’t anything outstanding, but fans of K-ON! will be quite happy with it, especially when the band ends up playing a number of fan favourite songs during their adventures. Final word: Fans of K-ON! will struggle to fault it, and even those who aren’t fans could likely enjoy it as long as they aren’t looking for anything too deep (as mentioned before K-ON! rarely goes into anything too deeply), but having said that, the story is still quite sweet and fun in its own right, and you’ll likely always want to see just how it all ends. It isn’t outstanding, but that isn’t to say it isn’t enjoyable. 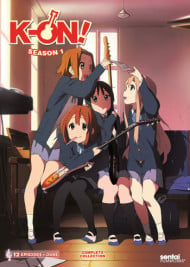 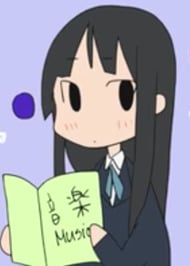 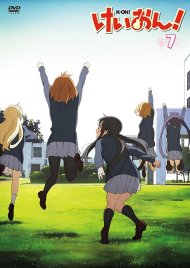 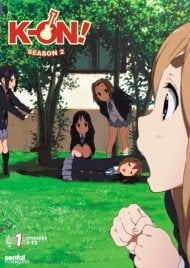 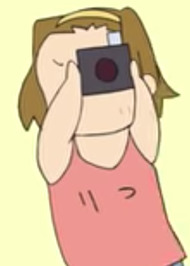 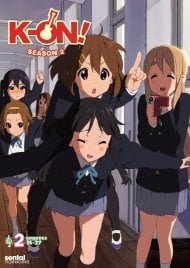 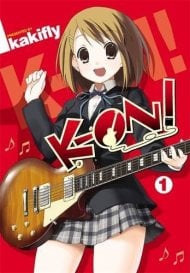 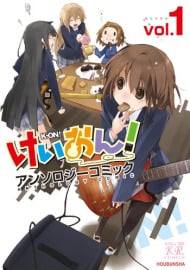 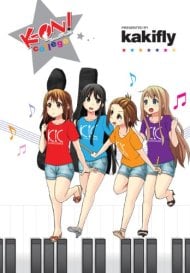 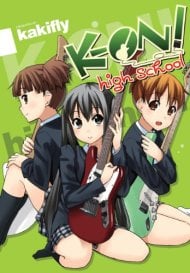