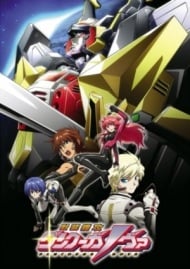 In the 22nd century, many countries are at war with each other and the world itself is steeped in chaos. In the midst of the battlefield, a secret organization which holds the powerful Dancougar Nova protects the balance of power by protecting the weak and defeating the strong. Facing the battles to come are Dancougar Nova's four new pilots: a racer, a narcotics inspector, a salary man, and a homeless person. Together, they will endure endless battles; but can they uncover the true purpose of the Nova and the truth behind their employers before they succumb to the travesties of war?

This series is a remake of an older series with the same name. Beyond some similarities to the way the mechas and the characters look, there are practically no ties between them. Which is a good thing since the original was quite long and boring. Both a tribute and a parody to the old style mecha shows, such as Getta 3 and Voltes V, the remake is improved in all sections and provides up-to-date entertainment for the hardcore mecha fans. ART SECTION: 8/10 [The old meets the new.] General Artwork & Backgrounds 3/4: As a tribute series, Dancougar Nova mixes the action and plot elements of old typical mecha series. You’ll see classic mecha attacks, such as rocket punches, drills and magic swords. But there are no dull hand-drawn special effects, as you remember in the 70’s. Slick/stylish/computer generated special effects run through the screen all the time. They are not great or very realistic but get the job done. Character Figures 2/2: The character figures are in the most part, tributes to the original cast. Since 20 years have passed, you can of course expect different mannerisms. They look more stylized, sexual and rebellious than those idealistic boy scouts of the 80’s. They wear trendy cloths, detailed battle suits and fetish uniforms that attract the eye. Several comical anime elements (such as sweat drops) and fan service moments (such as subtle erotic poses and bath scenes) make them pleasing to the eye, even when they just goggle up screen time. Animation 1/2: The way everything moves is not very realistic. You can easily find crude movements, silly-looking explosions and low frame rates during fast movement. Without being anything awesome, fans of the genre will still like it. Lightning/ Visual Effects 2/2: Colors and special effects are antithetic and too bright, a thing that is overdone but is all the same needed in the whole atmosphere of this intentionally shallow series. Visuals are fake but great and fitting for this kind of show. SOUND SECTION: 7/10 [Mecka stuff and J-pop beats.] Analysis: Voice Acting 2/3, Music Themes 3/4, Sound Effects 2/3 The musical themes are well made when it comes to exciting and arousing technology-loving otakus. Voice acting and sound effects are otherwise lukewarm. It is mostly the comical in-jokes about mecha stereotypes that win the show. STORY SECTION: 7/10 [The cliché mecha marries the world as we know it.] Premise 2/2: The original series was just generic evil invading aliens versus generic good defending humans. The remake is about greedy rich human countries versus poor human countries, full of natural resources. This makes the story far more realistic. They even mention of a country named Ameria, whose wars for natural resources were masked as wars against terrorism and which ironically led to the spreading of terrorism worldwide. Does this strike a bell? Perhaps having all the invading countries talking big about “might is right” and of “our great nation is sent by God to give justice to the world” while bombing unarmed civilians will remind you of something. Anyway, the story is very reminiscent of the warring state of today. And even gets a bit deep towards the end when alien observers come to the conclusion that humans are war-like and will bring chaos to the galaxy if they continue to evolve and spread amongst the stars. It is quite nice for an otherwise silly series. Pasing 2/2: Although no episodes are stand-alones, the scenario unfolds rather slow. Just 30 seconds in every episode actually move the story forward. Still, the continual weapon upgrades, the ecchi moments, the character coloring and the weird mysteries hardly make you realize that. Don’t forget that the series is just 12 episodes; a really short duration that leaves no dead time for fillers and pointless dialogues to crawl through. Complexity 1/2: Besides the several comical and fan service moments, each major character has a vague backdrop story that helps to flesh out a bit in the viewer’s eyes. Nothing great but it is better than nothing. Plausibility 1/2: Super robot powers never were convincing. But the realistic depiction of the world as it is today gives some credit to the show. Conclusion 1/2: Rushed and rather simple but an ending nonetheless. A sequel can pop up anytime, as it hardly feels solid. CHARACTER SECTION: 5/10 [Saving the world with bouncing tits.] Analysis: Presence 1/2, Personality 1/2, Backdrop 1/2, Development 1/2, Catharsis 1/2 As far as personality and behavior goes, the entire cast is pretty generic stuff you can easily find in almost all mecha and ecchi series. It’s the parody of the mecha formula that makes them a bit better than average. VALUE SECTION: 3/10 [More than meets the eye.] Analysis: Historical Value 0/3, Rewatchability 1/3, Memorability 2/4 It has no historical value but as long as you are a mecha fan, you will probably love it enough to watch it again. It’s short, it’s funny, it is more that the same old stuff. If viewed as a typical mecha series though, small chance you will give a dime about it; the age of combining robots and voice-activated special attacks is over for the mecha genre. If again seen as a tribute or as a comedy, it’s a blast! And even has some nice ideas and fan service moments to boot. ENJOYMENT SECTION: 6/10 [Clichéd but rocking!] Although I am not a mecha fan, it was very pleasing. Short duration, fast battles, many jokes about sex and mecha. Quite enjoyable, even without a friend to watch it with. It is not a masterpiece or even close to one but, hey, it was a very good choice to kill some free time. VERDICT: 6/10 The accused is found … GUILTY! … For appealing to the older members’ emotions too much. SUGGESTION LIST Getter Robo, Mazinger, Voltron. Famous old mecha series. Gundam Wing & Gundam 00. More mecha that deal with the eradication of war through… more war. Gekiganger 3. a small but awesome mecha tribute as well. Tengen Toppa Gurren-Lagann. The best idealistic mecha series I know of. If you don’t like this one, you simply don’t like the old mecha formula in general. 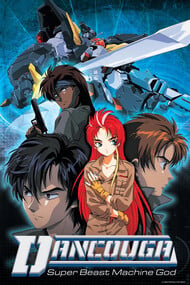 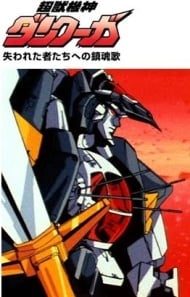 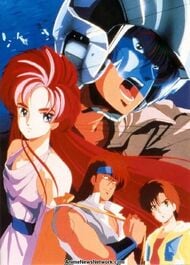 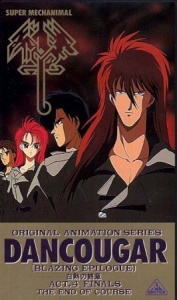 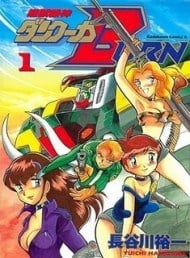