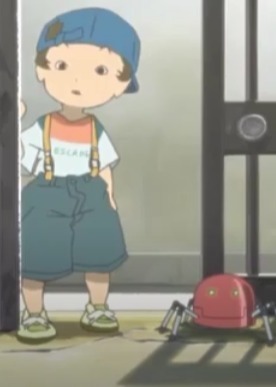 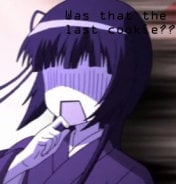 There really isn't much of a story to be honest. The plot is basically a little boy finds a little red robot that eats anything mechanical. And the robot forms a bond with the kid.

Nothing amazing, basic background sound. I didn't really listen much to the sound but when i did it was generic.

The little boy is nothing special in my opinion. I didn't emphasize with him or anything, he was pretty much just randomly there. Now the reason why i scored it an 8 is that i liked the robot's character. I found it very amusing and would happily see this little robot have a full time part in a anime series.Without saying anything, you could still see a personality which i thought was worthy of an 8.

Although i scored characters an 8, this isn't the best Anime in the world. The art, sound or story aren't exactly 10/10 worthy. But the reason why it isn't a lower score is that, Simply i enjoyed watching this, I chuckled at a few scenes and although this only lasts about 13 minutes i grew to like the little robot character. If your a fan of short but sweet Anime then i would watch this, but don't go in and expect a masterpiece because it simply isn't.