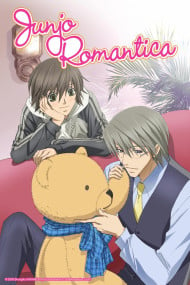 Truth Is Stranger Than Fiction

There's No Use Crying Over Spilt Milk

Knock, and It Shall Be Opened to You

The Fear Is Often Greater Than the Danger Itself

Meeting Is the Beginning of Parting

Turning a Misfortune Into a Blessing

Spare the Rod and Spoil the Child

Travelers Have No Need for Shame

Tenderness Is Not Just for the Sake of Others

You Tend to Do Well at the Things You Enjoy

There's No Such Thing as a Chance Encounter

StoryThe mind boggles - by all accounts and purposes, Junjou Romantica looks and smells like one of the worst anime ever. It's clogged with clichés and nothing really happens except for three random couples falling in love, confusing each other about how they feel, and then having off-camera sex to make up for it. Heck, other than to fill more episodes, I can't even see the point of presenting three couples in stead of just one since every story runs along the same formulaic lines. In the end, having nothing fresh to provide, Junjou Romantica boils down to being mediocre at best... ... and yet, at the same time, it's embarrassingly entertaining. Every scene may be as predictable as instant gravy, but a certain self-effacing quality to the comedy means the entire product comes across far more endearing than it deserves to be. At its best, the story will follow Misaki's comical dilemma as he alternates from loved-up moping to exploding with spastic facial expressions. Besides that, the conflicts and misunderstandings (as corny as they are) still manage to tug at the heartstrings on occasion. In particular, Miyagi's characterisation during the concluding arc goes a long way to give Junjou Romantica an emotionally satisfying finale. I guess some anime are just made to confuse the critical mind; while Junjou Romantica may be far from substantial, it has still done its job of leaving me with a smile on my face.AnimationOverall, the animation looks pretty, with the backgrounds utilising appealing pastel colours and lots of soft focus to give that dreamy romantic feeling. The disappointment lies in the boring and sometimes ugly bishounen designs, and the static movements. However, to be fair to Junjou Romantica, its visuals are as good or as bad as that of the vast majority of romantic comedies of the same era.SoundWhile not necessarily impressive, the opening and closing themes are satisfyingly catchy. Alas, the rest of the score is a lot like background traffic - you probably wouldn't notice it even if it was gone. Where the voice actors are concerned, everyone appears competent enough to make something believable out of the hackneyed script; however, the best vocal performance easily belongs to Misaki, who brings some fantastic comedic moments to the table.CharactersI must say that these characters are growers; although I wasn't impressed by them at the beginning, I now remember them with fondness. Whilst stoic in the extreme, Usami deserves some basic respect because of his genuine affection for Misaki, and Misaki himself turns out to be more endearing than annoying. That said, the overall shallowness of the cast means they will only be remembered for as long as it takes the next romantic comedy to come and sweep me off my feet. I say this with good reason: Most of the protagonists lack the common sense that they were born with. Seven episodes in, after lots of hand jobs and heavy breathing, they will still utter mindboggling denials like ‘It's weird for a guy to be with another guy!' Not to mention that the lovers almost never approach their relationships maturely; in stead of talking things through, they communicate by cutting across each other's sentences, making long, languid glances down the soft focus lens, and, when all else fails, resorting to sexual assault. For those hoping to satisfy their cravings for bishies, Junjou Romantica only brings disappointment. None of them have anything fresh to add to the already stagnant bishounen gene pool - each couple is comprised of a petite, doe-eyed virgin and an obscenely tall masculine aggressor. Again, the Miyagi-Shinobu pairing at the end is probably as good as it gets; not only is their romance believably tense, but Miyagi's ironic sense of humour and tragic background strikes a decent balance of pathos and wit.OverallThis is definitely a case of the sum being greater than its parts. Whilst technically flawed with clichés, I find that the effects of these flaws are neutralised by the strong comedic flavour. In fact, the comedy is so well accomplished, that it positively gives Junjou Romantica a weird kind of charm. I think almost anyone not put off by gay romance will enjoy Junjou Romantica; not to mention that it would make a great introductory title for anyone wanting to get into shounen-ai.

There are several reasons I like this anime. Story: The story jumps around a bit, showing three relationships that are all intertwetwined. However, it is obvious that none of the three stories follow the same time line, often jumping large bits of time to continue a specific story. (Whether all 3 happen in the same time period at all is up for question) Animation: The animation is what one would expect from Studio Deen. Beautifully done. Sound: The sound was well done. The voice actors were well chosen for this anime. Takahiro Sakurai, the voice actor for Takahashi, proves his skill. Characters: Instead of making the ukes weak and realtively wimp-tastic, they can stand on their own. The semes are cool-headed and only act irrational when their uke seems in trouble. The fact that the stereotypical relationship isn't used makes me like this anime all the more. (That being rash, loud-mouthed semes and weak, useless ukes). My personal favorite is Usagi (Usami). He is both a great novelist, and a BL light novel writer. Added to his love of childish things, he's just awesome. 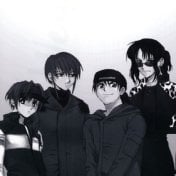 I keep reading reviews that say this is like the bset thing since sliced bread or... at least it feels that way with the amount of positive reviews for it. Just no. It's pretty much abuse from the get-go. Romanticized abuse is just gross. 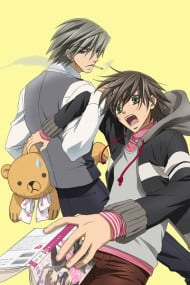 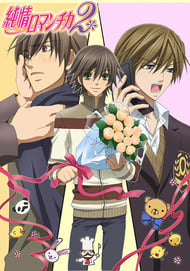 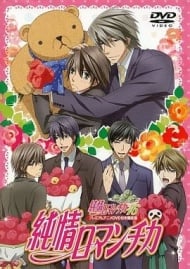 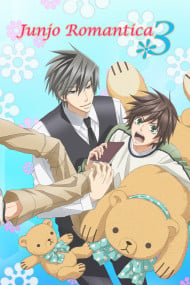 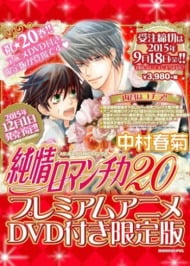 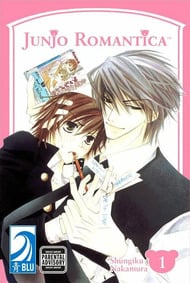 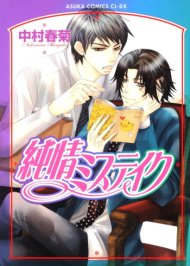