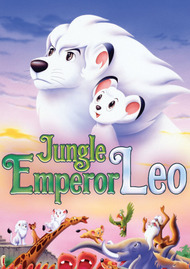 Under the reign of Kimba the white lion king, his little family and the help of some other animals (including the lazy elephants), the jungle and its people were at peace. But when humans suddenly arrive in search of the legendary Moonlight Stones, life becomes more complicated for the gentle creatures of nature. Now, Kimba must set forth to find the stones, find the cause of a mysterious illness affecting his kingdom, and above all else, find his missing son who had left to visit the human civilization, unaware of the danger he was walking into...

Based upon Osamu Tezuka's manga, Jungle Emperor, the story of Leo the lion (or Kimba, to those who are familiar with the 1960s US version), continues with Leo as as adult watching over the jungle. His children are growing up, and the jungle seems to be in peace. However, it all begins to fall apart when a group of humans come to the jungle to obtain the Moonlight Stones, and the animals are faced with problems such as destruction of their homes, a deadly plague and extinction. Leo realizes there are good-hearted humans along as well, and decides to help while protecting his kingdom. Meanwhile, his son, Lune, becomes curious about human life and human nature, and takes it upon himself to discover what it is like firsthand. However, it is not all that its cracked up to be. Aside from the original 1960 television series, Jungle Emperor Leo is one of the most accurate adaptations of Osamu Tezuka's original manga. Not everything about this movie is perfect, but the aspects that are very well done stick out the most.     Story The story is pretty straightforward, and those who originally followed Kimba the White Lion, Leo the Lion and other adaptations will already be familiar with the plot. Only a few things changed from the original manga, but those who have not read the manga will not notice or be bothered. The story breaks off into separate sections, such as the plague sweeping through the jungle, Lune's escapade to the human world, and Leo's hike with the humans up Mount Moon. Most are pretty well fleshed out, but the one that gets the short end of the stick is Lune's adventure. His is also the shortest and once his part of the story ends, he does not reappear until the end of the movie. It also has a pretty good ecoological message, as did the concept originally. This also is a movie that is welcome to all; meaning, you don't exactly have to know much of Kimba the White Lion in order to follow the story, but to connect with the characters, it might be better to become familiar with the original anime. Animation For the time it was made, the animation is stellar. The movements can become a little strange and jerky from time to time, but its fantastic overall. The spectacle is great, with some thrilling camera angles and backgrounds. The character designs are great for the most part. Leo's new design is very cool looking, and they give Lukio a different appearance than her mother, which is something different. Some of the humans are strange looking, but, much like the story, it is adapted from Tezuka's original designs, and follows close to the material. Sound Aside from the ending song, "Wind Song", most of the soundtrack is not very memorable. Its just average. The Japanese vocal track is good and the dub is actually not bad. Some parts of it can get rough, but the cast has good delivery in general. Characters Not all of the characters in the movie have much development, save for Leo, Dr. Moustache, Dr. Lemonade, and Lune. Some characters just become part of the background, like Coco, Tomy and Mandy, who really do not do much in the movie but lay a bigger role in the original. That being said, the story cannot focus on each and every one of the characters who didn't get much development; the story is of Leo, sometimes Lune, and the humans who truly want to obtain the stones for a kindhearted purpose. So, really, not a lot of time is needed with the rest of the characters. The characters that are on camera a lot, however, are great and have enough substance to them.  Overall An enjoyable movie and a faithful adaptation of its source material, Jungle Emperor Leo is an adventurous tale with heart, delivering a great ecological message and providing entertainment for old fans of Kimba and newcomers alike. 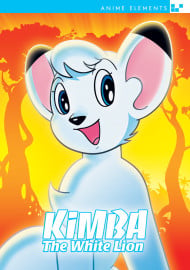 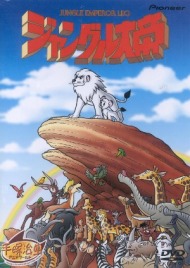 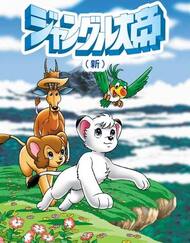 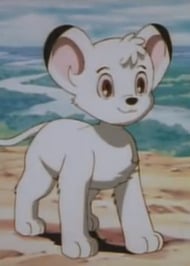 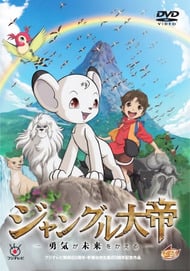 Jungle Emperor Leo: The Brave Can Change the Future 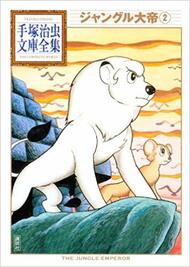 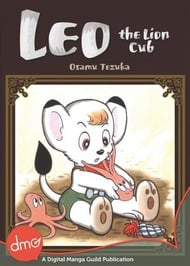