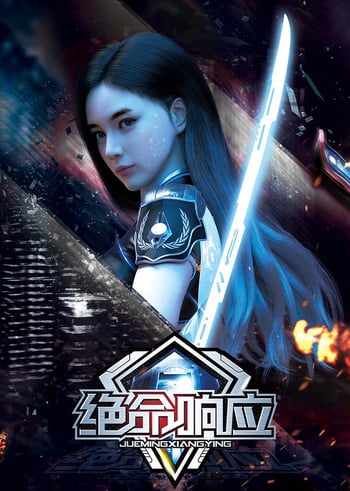 A young woman named Ye Zi dies and is brought back as an android/cyborg by her scientist mother, and goes out for revenge on the evil android/cyborg that killed her and her little sister and father. She gets in a few scrapes with the law as AI are outlawed. There seems to be a bit of romance with her and the cop that's chasing her. She makes a deal to keep her memories but have her combat skills erased so the cop can find the bad guy. However the story seems to have ended at the 4th episode without any resolution. The CGI is good, but almost everything takes place at night. The opening theme is good and the background music stays in the background. Also the English translations have some misspellings and bad grammar, but overall you get the idea of what they are saying. The episodes are all about 15 minutes long, so it will only take an hour to watch.

I don't understand why this is listed as 11 episodes, from a short internet search I discovered that this has only 4 episodes, although one site listed 30. So I am a bit confused about how many there actually are. And one site says it aired in 2017 and another says it aired in 2019, but most say it had finished airing. That's dissapointing as there was no resolution to the story. A shame really, as it was somewhat interesting.