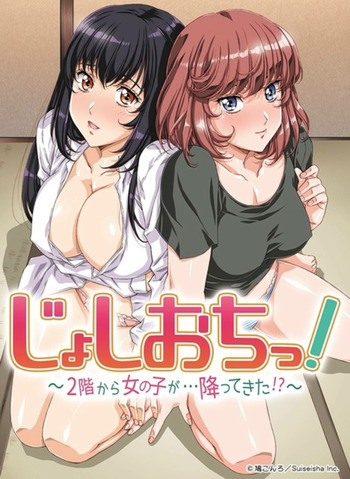 If you're looking for anime similar to Joshiochi! 2-kai kara Onna no Ko ga... Kudattekita, you might like these titles.

Both are short borderline-H shows which features characters getting into contrived situations that lead into them having sex as often as the plot allows it. They are also lighthearted and a bit romance-oriented (especially Araiya-san!) so if you liked one and you're craving for something similar give the other a go!

Both are silly smut shorts with a good balance of comedy and well... “H-rated content”. Personally I liked XL Joushi more but fans of one will like the other too.