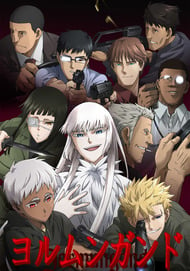 Now this was a gem that was watched not too long ago (two days ago to be exact). The series follows one Jonah and his dealings with the arms dealer Koko Hekmatyar. Though, there's a slight twist: Jonah is a child soldier who hates weaponry and those who sell them after having his village bombed by weapons sold to the local militia. After being hired, Jonah follows around Koko and her other bodygaurds from location to location, usually shooting things along the way. The plot itself is episodic, with each episode essentially as a stand alone or as part of a series within the series. Along the way, there are many philosophical questions raised, from morality to "is it good to sell weapons to save the world?". The animation for the series is very good, with almost everything in high detail. From the weapons themselves to the characters. It gives an appreciation for the weapons, characters, and locations. The forests look like forests; the ZPU anti-arcraft guns look like the real thing. This also helps add to the realism that the animators were trying to produce. The music for the series is a little bit of everything; it goes from rap/hip-hop to electronic music, and even classical if needed. This eclectic aspect helps add to what emotion is meant to be conveyed to the viewer. Overall, it's a great series in how it depects the human mind and mentality.

I've watched many animes and oddly, this is the one of the handfuls that have stuck with me for so long. The story did start out a bit confusing to me, but I like that it threw me in there as opposed to a slow startup that might have lost me early on. It's not only the action that kept my attention from the beginning but the mix of unique characters as well. Jonah is not your average main character so please do not be convinced by his innocent look. Beneath all that innocence lays a killer who is conflicted by the very thing he uses to take lives and works for the types of people he dislikes. Koko who I'd say is the other main character is a whole other story. She's crazy scary, a sociopath you could even say, but eerily she has this love and care for Jonah. I'd say Jonah can be credited for helping Koko keep her sanity in check. The rest of Koko's crew and the crazy array of characters definetly help to keep the show lively and funny with a punch of action. The anime did sadly end on a rather disappointing note, but don't let that discourage you. Unlike other animes that end on a disappointing note, this one doesn't leave a bad taste or a WTF with you. All was as it should be and the story was a nice enough ride for it to end the way it did unapologetically. The soundtrack was also a favorite of mine so I wouldn't just recommend the anime without giving the soundtrack it's own recognition. The title track Jormungand is like a cinematic song that just soars to new heights and if you've watched this anime you'd understand why going back to episode 1 and hearing it play over a badass speech makes it even more bone chilling! I will forever have a deep love for this anime and I really hope they someday make a live action movie. (in my dreams) 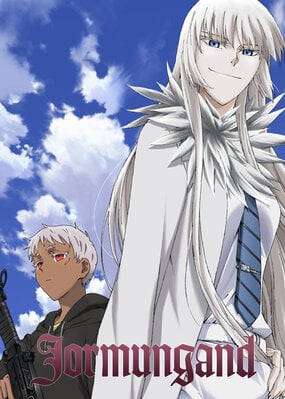 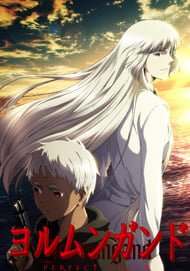 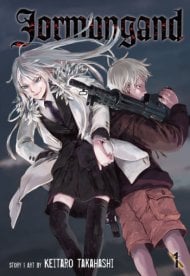