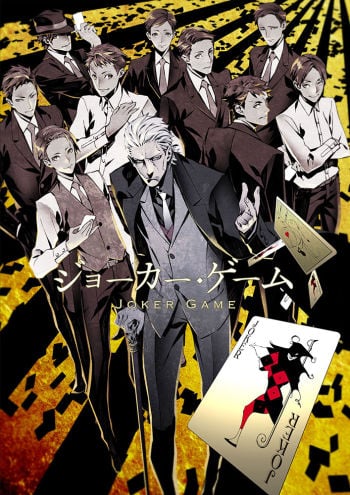 I tend to steer clear of anime specials. Many times they are pretty stupid (For example: Attack on titan chibi ones). In this anime's case though, I decided to give it a try since I liked Joker Game a lot and because of the tone of the show, I assumed they would make it worth while and it was. I'm glad I gave it a shot.

This review may not be impartial because I love cats so I was pretty much sold from the outset. Still, it plays like an extra shorter episode that is split into 2 parts and includes all the D agency guys.

The story behind it was definately cute and I'd like to see the cat again in the future if they decide to animate the other stories (Joker Game is just the first of the stories) maybe as another special.

The animation and sound were both done just as well as they were with the regular series which is to say they were superb.

The characters were all the same from the original series with the exception of muto's soldiers and the cat. The Cat is really smart and cute and well portrayed. He was especially cute in the pictures in the ending credits.

Overall, I'd suggest this special to anyone. Even those who nit picked the original show.