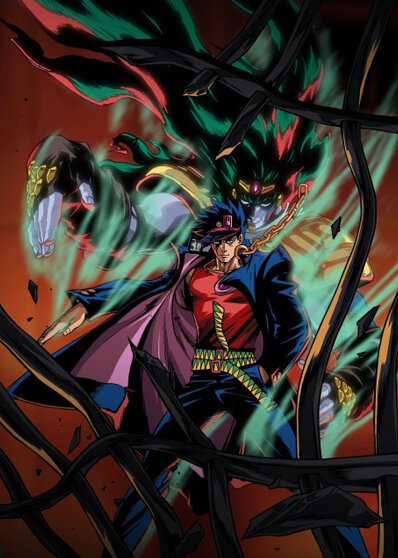 The time for the secret Yorkshire auction is near, and Kurapika's plans of revenge are at hand. By night, Gon, Killua, and Leorio must fight alongside him to protect the auction pieces and defeat the Spiders. By day, Gon and Killua must raise money for their ultra rare copy of Greed Island, a game designed only for hunters. Will conflicting motives ruin their chances to protect the auction?

Gon and Killua continue their training with Biscuit as the Mad Bomber wreaks havoc upon the other players in Greed Island. As their strength increases, Gon and Killua also start searching for the hundred cards needed to complete the game. As their number of cards increases they must now prepare to face off against Razor, the leader of the 14 Devils, and the Mad Bomber himself.

King Gurumes was once peaceful and wise, until he began to search for the mysterious Blood Rubies. Their curse transformed him in a ferocious monster that can’t satisfy his hunger; and thus, in the present, he has sent his goons to look for the legendary Dragon Balls. He doesn’t know, however, that somewhere else in the world a young boy named Goku and a girl named Bulma also have started to search for the mystical balls. Along the way the duo meets the young girl Penny, whose entire village has been enslaved by Gurumes’ soldiers in search of the Blood Rubies. Goku and his friends will not let this tragedy continue!

Gon and Killua finally have a means of which to enter Greed Island, a game designed just for Hunters. Are their Nen abilities strong enough to help them survive in this new world? They must now train and grow stronger to uncover their secret abilities. With a helping hand from Biscuit, they will be able to continue their quest to unravel the mystery behind Ging Freecss and this 'almost too real' hunter game.

Long ago magicians used their magical powers to bring a statue to life, thus creating the monster Hirudegarn. Having been sliced in half the creature was sealed in the bodies of two brothers. Now, in the present day, an elderly man warns Gohan of the return of Hirudegarn and begs him to use his powers to release one of the two heroes, Tapion, from a music box. Thanks to the Dragon Balls Tapion is finally released, but to him, it is only a matter of time before he suffers the same fate as his little brother and the monster is whole again. The Z-Fighters must do everything in their power to stop this from happening!