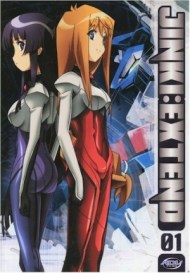 StoryAhh, mecha. Like Evangelion and a variety of others before it, the quintessential robot anime has been a staple in every anime fan’s viewing history. With glorious fight sequences, colorful machinery and a variety of angst-filled characters, there’s a lot going for the mecha genre; that is, if the concept hasn’t been done a zillion times already. Unfortunately for Jinki:Extend, not only does it overall feel remarkably recycled in every way, but it also is executed in an incredibly poor fashion. Jinki:Extend starts out innocently enough: Aoba is a young girl who loves putting together models of robots called Jinkis. She’s kidnapped and brought to Venezuela where she finds out that life size Jinkis exist, and eventually she ends up becoming a pilot. With a Full Metal Panic flair and a unique location (Venezuela), I had high hopes for the series; and then the confusion started. Had the story focused solely on Aoba, Jinki:Extend might have turned out to be halfway decent. Unfortunately, after the first few episodes, we start to see different characters in different locations, who don’t seem to have anything to do with the current plot. Only after I was almost finished with the series did I do some research, and discover that there are TWO timelines being shown, one which takes place in 1988 and one in 1991. Without any sort of warning or explanation, the story jumps back and forth between these two timelines; and ultimately, this makes it hard to comprehend both timelines individually, let alone understanding how they end up fitting together. Had I known about the two timelines ahead of time, I think I might have enjoyed Jinki:Extend a little more... maybe. Besides the confusing timelines, the story itself also leaves little to be desired. In the beginning, Jinki:Extend seems almost identical to Evangelion; specifically, because the mecha are fighting mysterious ancient foes. After the first few episodes, however, this story is thrown away and moves to a typical "guy used to be good and then turned into a bad guy, and now wants to take over the world" scenario. The eventual merging of the timelines forms the most cohesive part of the story, but not by much. And did I mention the ecchi? ADV’s first disc is labeled PG. Admittedly, the first few are clean... but there is NO WAY the later episodes would be PG. We are privy to several (what would have turned into) attempted rapes, a multitude of lesbian-oriented and extremely suggestive scenes that are hidden under bed covers, and other gems. Can’t say I needed or wanted to see any of that sort of thing, but I guess Jinki:Extend needed something to keep its male viewers interested, right? Ultimately, after about seven of the twelve episodes I was so incredibly bored it was difficult to finish. It’s the same thing you’ve seen 87 times already, topped off with a completely unfulfilling ending, which consequently is full of plot holes. Don’t expect "Jinki:Extend 13" aka "Jinki:Extend OVA" to wrap much up. In general, it’s just an ecchi fest with a very shallow look at the characters after the fact. AnimationJinki:Extend’s best feature is definitely the animation, but even it falls short of its potential. Many of the female characters have very creepy-looking bullseye eyes, and since this is anime, many of the characters have the typical fake-colored hair. Backgrounds definitely were the highlight of the series, with gorgeous plateaus and fields in Venezuela and ruined Tokyo cityscapes. The lackluster design of the mecha left much to be desired; their Transformer-style appearance seemed too unoriginal to appreciate. The fight sequences were decent and the choice of colors used was effective, especially in the scenes where the sky was a dark purple and the characters glowed in a sheen of blue. Overall the animation was good, but the mecha and select character designs definitely bring down the score. SoundUtterly generic in every way, Jinki:Extend’s synthy orchestral music is decent but ultimately 100% forgettable. In about half of the scenes, no background music is included anyways. The voice actors were appropriate and concise, and ADV’s English dub was definitely pleasing to listen to, with lots of slang used and creative freedom given to the actors for the dialogue. CharactersJinki:Extend has a variety of characters who, confusingly, both look the same and have similar names. The two main characters, for example, are named Aoba and Akao and have very similar facial features. Part of me kept wondering if they were in fact the same person being shown in different times, as the story itself was too confusing to figure out what the hell was going on. Then there’s Rui’s companion who looked almost identical to Aoba with long hair, and so on. I didn’t feel like many of the characters were developed â€“ at least, in a way that made sense or felt not shallow â€“ except possibly Shizuka and the main bad guy. Without spoiling, I’ll just say that the characters become even more confusing as the story goes on. Any attempts at character development end up ultimately failing due to the poor execution of the story and horrible ending that leaves much to be desired. OverallI wish Jinki:Extend had been only 3 episodes long. The first 3 were decent and even interesting, and then it just went downhill from there. With an incredibly confusing story and cast of characters and a lack of depth and uniqueness all around, there’s little good to be said about this series. Even though the animation and sound were decent, the overall value of the series definitely is as low as a 3. Save your time and go watch something else better. 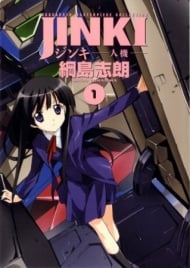 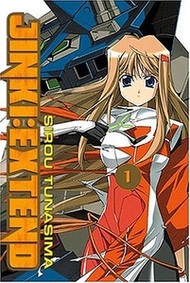 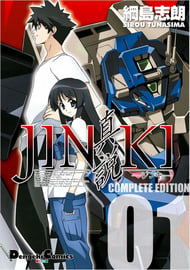 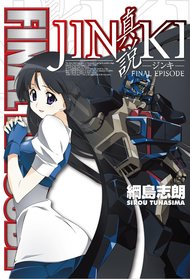 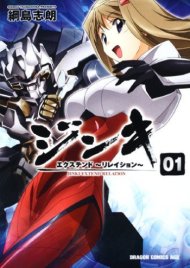