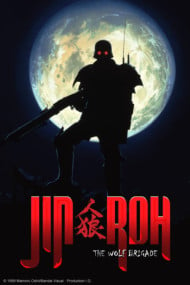 StoryGoing in to Jin-Roh I really had no idea what to expect.  Oddly enough, one hundred minutes later, these sentiments have hardly changed.  Indeed, the movie is spectacular in many respects, but likewise it seems to have a strew of perpetual weaknesses that hinder its ability to achieve greatness.First off, the movie's opening is superb.  It starts off with a relatively simple explanation of a divided, post World War II Japan, then smoothly transitions into a tense riot situation.  Thrusting you into the midst of flying molotov cocktails, a whirl of stones and rocks, and exploding canisters of tear gas, it's undeniably captivating, and serves as a great hook-line-sinker introduction.  Furthermore, the scene ends brilliantly with the tragic death of a young teenage girl who, out of fear, detonates a satchel bomb and kills herself when caught by a team of riot police.Yet, right after this event, the movie takes a sudden shift in both setting and direction.  It follows the story of Fuse, the man who was closest to the girl when she detonated the bomb, and his emotional struggles in the aftermath of the event; however, this abrupt change of pace causes the movie to stumble a bit, as Fuse's complete lack of personality makes it hard to empathize with him.  As such, it drifts dangerously close to borderline boredom, but somehow manages to still keep viewer interest by use of a twisted Little Red Riding Hood narrative.  The somewhat macabre undertones of this story continually hint at a tense, bloody ending, and perhaps that expectation gave me the motivation to see it all the way through.Thankfully, to compensate for the droll nature of its middle section, the movie ends with a bang as promised.  Though the primary villains' motivations are never really explained with any semblance of detail, the climax provides Fuse's social shortcomings with purpose - and in quite an entertaining fashion.  Just like its opening sequence, Jin-Roh revisits its angst-driven combat scenes for one last go, culminating with a bittersweet ending scene that brings the movie to a satisfactory close.  While it doesn't completely make up for its pacing issues, in retrospect it makes them worth tolerating, as, ultimately, the movie left me with a positive feeling.AnimationThough, overall, the entire movie looked splendid, the character designs irked me.  Despite not being entirely bad, they were very simplistic in design, and at times their lack of detail coincided poorly with the enormously lavish backgrounds.  Of these flaws, the women in particular could have used a lot of polish, as I had a hard time distinguishing them from the men for much of the movie.  Even so, the Special Unit armor suits didn't suffer this flaw, so I can't say all the designs were bad.  By-in-large the movie's visuals were more than acceptable, so I'm hesitant to say anything else that might denigrate your perception further; for an eight year old movie, it certainly doesn't disappoint.  SoundYet, while the animation might have aged well, I can't say the same about the audio score.  Much of the music was rather unremarkable in quality, and for the vast majority of the time I hardly even noticed its presence.  Worse yet, though, and admittedly this was likely somewhat intentional, the voice acting was utterly devoid of emotional flavor.  While the actors were not bad per se, their lack of involvement contributed rather substantially to my waning interest during the scenes devoid of action.  Overall, I think this probably resulted from poorly scripted dialogue, though, as much as it did from performance.  CharactersIf I've ever come across a pair of lead characters who have proven just how devoid of personality a human being can be, Fuse and his no-name (or if she had one I don't remember) love interest would stake that claim.  There is, quite literally, absolutely nothing to say about either character - ultimately they come across as musings of the plot and nothing more.  In context they aren't bad, but neither are they either particularly good or memorable.OverallEven so, overall Jin-Roh is a decent movie.  While not too terribly memorable, for its run time it's entertaining irrespective of its minor boredom quirks.  It carries an overall mature air that grants it a sense of respectability, and for that I think it merits consideration - especially for an older audience.

This Anime Movie was really good though I am not surprised at it's low scores. My son's father could not sit through it either. If you are the type of person who likes to only 1/2 pay attention to an anime while fiddling with your cell phone or doing other things this movie is not for you. It is one you need to pay attention if you want to really understand it's value. It would be easy to lose track of what is going on otherwise and you wouldn't get how great the story really is. For me this anime was extremely well done in almost every way. I thought the world it was based in was really well thought out and interesting. I would have really liked to see what Fuse and his comrades end up doing in the future. Though since this anime is pretty old I doubt we will be getting more since nothing new has been released. Though I guess sometimes it's better to just end things before they go downhill. I am trying my best not to spoil anything in any reviews I write so I apologize for being vauge. However, the movie did wrap up loose ends so it doesn't leave you hanging like in a lot of anime these days. Any continuation of the story would have to start with a new incident. For me this show rated very high but if you are looking for something brainless to watch in between making out with your girlfriend/boyfriend and checking your cell phone then this is the wrong one. 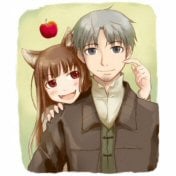 Ah! I had this on my list of things to watch for about a year before I bothered to finally get it done. What a mistake! I have this bad tendency to avoid watching anime that aren't made for TV. I don't know what it is, but it seems to happen...Anyhow...Positives: Jin-Roh is not for everyone. After watching I read some reviews by others who had watched and I found that a lot of their concerns didn't bother me. Without spoiling anything, I'll just say that I found it all to make sense and totally believable. There are some rather deep questions to answer that the characters go through, and for me they were done well. A non-spoilery note on this would be that there is often little dialogue. Much of what is learned and experienced in Jin-Roh is done within the confines of the characters minds. You'll have ot just sit back and "watch" them to really grasp it all. Again, for me that was fantastic and I didn't feel at all cheated by the direction taken.Jin-Roh was also stylelistically right up my alley. From the art design to the way it is all put together it was visually very inviting.Negatives: Oddly I can't really think of anything to complain about. I actually made a new wallpaper for my desktop after watching. If you knew me, you'd know that this means I really enjoyed a show. Wanting to see that image day after day means that I was affected in some way. Oh wait, that's not really a negative, is it...hrm...Ok, negative, negative...The material is heavy? I dunno. Sorry, let me know what you didn't like in the comments. =)So I'm thinking about what I wrote and now I'm wondering why I did a review. I guess the most compelling thing for me about Jin-Roh is that it's a very internal show. There were a lot of thoughts and emotions going on for me while watching, and this makes it a very solid addition to my anime experience. Unfortunately, for the review, this having been such an internal experience I'm not quite sure who to properly relate it here. Just watch it! 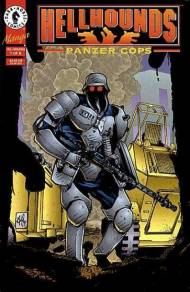