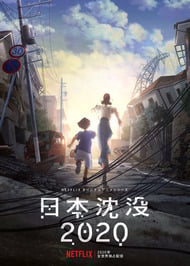 A swarm of earthquakes hit the Japanese archipelago causing the sudden eruption of a dormant volcano. Soon after the people find themselves facing a wave of mysterious natural disasters... and ultimately discover an unbelievable consequence.

I had such high hopes for this one, but this was absolutely horrible.  The story of Japan Sinks 2020 is a survival story.  Earthquakes, tsunamis and other various natural disasters keep happening, to the point that Japan quite literally begins sinking.  The survival aspect is centered around a family as they make allies and enemies and try to navigate this new, dangerous world...if a world will even be left. By the way, there's a random rap scene.  Why?  I don't know - why even is this an anime?  But I felt the need to let you know that there will be a random rap scene in this anime if you choose to torture yourself by watching it.  The animation was, quite frankly, sloppy. I'm not sure if they were going for the kind of animation-style where the people are drawn really simply while the backgrounds are really beautiful, but the backgrounds were mediocre at best.  It kind of felt like they were going for a watercolor style without it being watercolor.   I'm not sure what was going on, but the end result was kind of jarring. The sound was probably the best part of this entire anime.  I know I just ragged on the rap scene (because narratively...what the heck?) but in terms of sound, it was kind of cool.  I also great enjoyed the background music, which is rare.  I don't usually even notice background music, so that really says something.  I also thought the OST was awesome and would listen to that on its own. I know I rated sound high and the overall low, but I don't mathematically calculate my score.  I don't think that sound is more important than story or characters.  Speaking of...let's talk about the trashcans in this anime that they called characters.  Lord have mercy, they're awful.  As this is a survival story, obviously characters die.  That's not a spoiler, it should be pretty apparent.  The way they handle the deaths are either too ambivalent or too dramatic when there needn't have been such drama.  There were characters who would be introduced and then disappear and we're somehow supposed to care about these 2D beings?  It made no sense.  Oftentimes, I felt like some of the characters took away from the story, which says something because the story is bad.  The fact of the matter is that a lot of the deaths that occur go against the character development (or what little there is) in the story. They die doing what we just learned they were good at.  It makes no sense to have that kind of build up for nothing -- and it happens multiple times.  And those who remain alive? Couldn't even tell you their names, they are honestly that forgettable.  It's really bad, guys.  I mean...it's bad.  My personal enjoyment of this was in the negatives.  I probably would have dropped it, but it was part of my Anime Bingo Summer 2020 Challenge so I perservered and wasted my life on this junk.  And here we are.  Overall... yikes.  No reason for you to have to watch this.  Watch 7SEEDS instead.  it's not a great anime by any stretch of the imagination but it's certainly better than this catastrophe and has a lot of similar vibes and even some similar imagery.   I do want to note, however, that this is based on a novel and the novel is touted as being quite good and an interesting insight into the mentality of survivalism in the 1970s.  I've not read the novel so I don't have an opinion to share there, but I thought it would be important to mention.

At first I honestly did get emotional from the very beginning because it does show how a earthquake damages lives and how obviously destructive they can be. However what put me off watching more than 7 episodes of this waste of time Netflix series, it was becoming more of Akame Ka Kill/Independence Day scenario with adding in continuous killings for the sake of shock value and adding the sci fi genre.  Tbh if you're into better story that involves a earthquake, I would highly recommend to check out decent realistic ones like watching "The Day The Earth Moved" or "Tokyo 8.0".  It's pretty much disappointing that they made this anime have a bland art and an obnoxious story basically.... 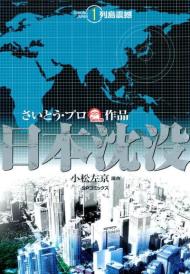 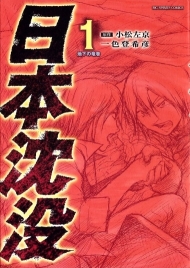 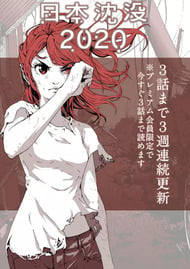