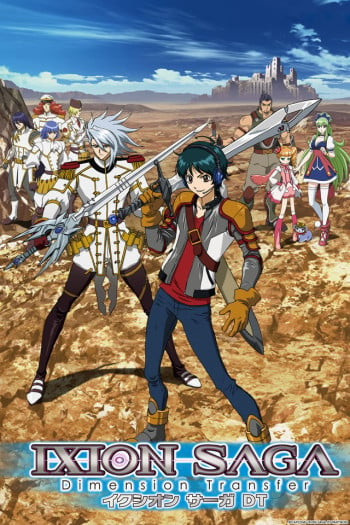 While Erec deals with the loss of another family jewel. Kon is in a battle against a furry little creature.

Two hilarious titles where someone is thrust into an unfamiliar world and proceeds to make an ass out himself accidentally, with plenty of fun monsters and comedy to boot.

Both anime are about a teenage boy suddenly being dropped into a strange world very different from their own. The animation is also very similar. I think if you liked one or found it funny/interesting you would think the same of the other.

In both anime's there is the character who tries to act all cool in fights, then runs away and later you find out he is supper strong (Kon and Gintoki) Both anime's have similar jokes. As well as, they both have two sides of main characters. The group of three (Kon, princes with the other two and Gintoki, kagura and shinpachi) and (the incognito and the shinsengumi) if you liked the jokes and story of gintama, you would love ixion saga, or the other way around.

The humor in Ixion Saga reminds me a bit of the humor in Gintama ... only a tad bit more juvenile...

The year is 2022, and gamers have lined up on launch day for Sword Art Online, a hotly-anticipated MMORPG that lets players connect to an immersive virtual reality world with special helmets called Nerve Gear. Kirito is one such gamer who's eager to jump back into action, having spent a great deal of time as a beta... 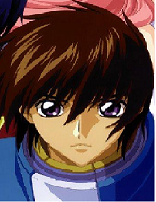 both are about the main character stuck in a video game. Sword of art online is a little different since its not big on comedy as much as Ixion sage: dt is. Both animes are a great watch i recommended both greatly.