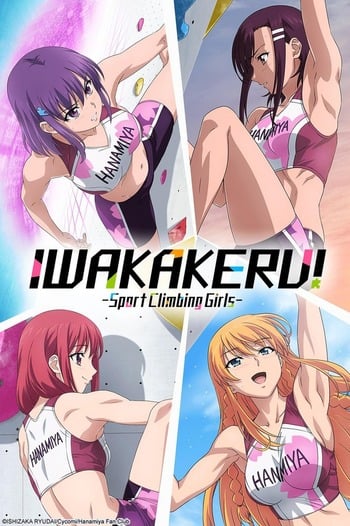 I watched both of them. Similiar enough to be enjoyed by the same kinds of people the quality diffrence is pretty big to me though.

Both anime are about sports climbing (with an all female cast). If you liked one, you will most likely like the other.

Today's the opening day for the high school division of the racing kneeler exhibition! Ladies gather from across the nation, determined to win in the "kneeler race." Today's race is to introduce this season's contestants. No one will be pushing themselves to the limit just yet, but you can expect that at the competition. So begins the female racers' fight for first place!