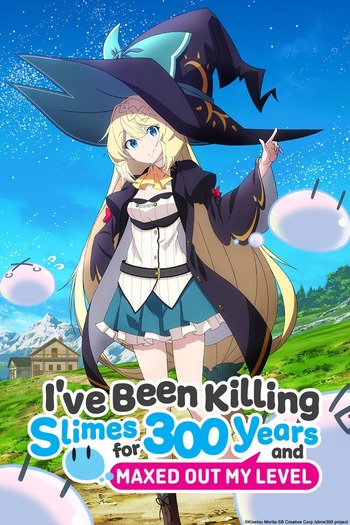 Honestly, I'm surprised at the amount of low ratings. I thought that for a casual, slice of life isekai, this was pretty much perfect. The voice acting was probably the best out of everything.

Sure, nothing much really happened. The protagonist basically just gathered a harem. But that's not really the point. The point is to watch a family form, as they proceed to experience happy times together.

I really enjoyed this anime. Although the story wasn't anything special, it did make me smile many times. This anime is also really giving me 'Saint's magic is omnipotent' vibes, and I loved that anime too for being so slice of life.

I don't even like that many slice of life anime, since in general it all feels pretty repetitive, but when they make wholesomeness or cuteness happen, I can't help but like it.

This is basically a comedy where IMO a lot of jokes land flat. It does start out good, but after a few eposides in you might notice a similar pattern. Throw in a few random jokes, have the witch do something over power, and other girls trying to be her sister/daughter. Nearly every eposide is like this after a given point. IMO this is just lazy writing.

This anime is really repetetive after a few episodes. So every episode has the same pattern random jokes that i don't find funny have the MCdo something overpowered, one girl wanting to be the MC's sister/family and a few episodes had some kind of problem and all of them are lame in my opinion like when falfa became a slime, when the MC got shrinked to children size,the blue dragons are in a fight with the red dragons. every time there is some sort of problem the MC always fixes it.

Story is a 3 really repetive and not that creative and the start of the show (in my opinon) is very messed upp. apperently the MC before she became op she was a worker in our world and she died of owerwork and meet an angel who gave her a new life in a another world where she can't die of age.

Animaton is a 8 pretty much the only thing the anime actually did good but i can't praise it that much since a lot of newer animes like this one has good animaton.

Sound is a 8 its pretty good i heard everything clearly and also the sound effects was not weird and actually made sense. can't praise sound to much to since its the same as animaton having good sound in anime is alot more common now.

Characters is a 5 the show has a big focus on the family that the MC gets/has througuth the show. What's sad is that the side characters like the witch who produces pills and the guitar girl gets one episode focus and then is just gone till the last episode. the ''family members'' gets a lot of focus though and are in pretty much every episode. they all have diffrent screen times since the all get introduced and added on the family at diffrent episodes the first few characters i think is pretty good becuase they get lots of episodes to build on their character. but the later characters dosen't get that much time to build character.

Overall i would give this show a 5.5. I don't reccomend watching this anime boring,repetetive and not that funny too. i think the only praise i can give this anime is that the MC is a girl wich is rare in anime.  I don't see any reason too watch this anime. I only watched this anime becuase its kinda similar to that time i got reciranated as a slime but even that show is better than this honestly.

Ngl, this anime is too cute to watch

Honestly, this show is ok, I loved the fact that the MC is a female and overpowered, something you don't ever see, and that is what got me started to it. But I ended up dropping it at episode 6 because my petty self absolutly hates the crap out of Halkara. This character alone made it so aggrivating to watch and the show ends up being revolved around her instead of the MC and literally anyone else that provides better to the show then her. Aside from that, the show is not bad at all. The plot is ok, more on the heartwarming and sad attempt at comedy side, but still has plot. The animation is good, the movements are swift and smooth but sometimes when the quality goes down (like the very basic outline for comedic purposes) you can't even tell the difference between the MC and Halkara as they have the same hair, which is why under characters is it also pretty low. The opening is normal, nothing fancy, and no one would care if you skipped it. Overall, I liked it and would have kept going because its bright colors were entertaining, but due to the overall job of the show especially on how they played favourites on the big chesty elf that gives nothing to no one or the show and no actually good use of them in general aside from (Spoilers in the next sentence) bringing the MC and Beelzebub together, there is no real point. There isn't even any fanservice so she really isn't useful (I don't like fanservice but given on how much I dislike her for being useless, not even in a good way like Aqua or Sakura, the lack of any redeeming quality just sucks)