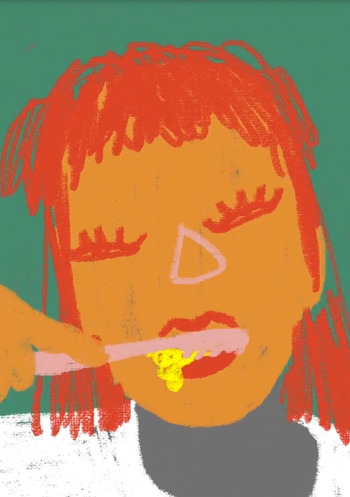 The happenings of someone's nostrils.

People get together to constitute a city. Seoul is a city full of people. Let's imagine the city free from walls and frames between people. and relieved of its shell.

Mind Your Own Business!

A piece of white paper drifts in an empty space. It turns into a cube and plays. All of sudden, something appears that changes the color and the shape of the cube. Now the struggle to keep its shape and color unfolds.

In the woman’s room, memories constantly accumulate and disappear like dust. The man spends his time in this room creating futile little games with woman’s memories.

Observing life cycles of trees, I could figure out differences and resemblances between trees and humans. This film is a collection of stories that are inspired by these various lives.

Man on the Chair

“Man on the chair” is tormented and constantly doubts his very own existence. It is just merely a picture that I created... Perhaps could I be also an image crafted by others?

This is not BLUE