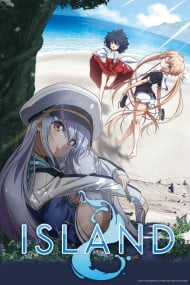 I Don't Want You to Feel Bad

The Right Way to Spin Dreams

This World is Full of Secrets

That’s Why I Trust You

As Long as You Are There

I Want to Keep Liking You

Love Me When We Meet Again

I Got to See You Again

I Don't Want to Grieve Anymore

MAY CONTAIN WHATS CONSIDERED AS "SPOILERS"      Very happy ending! Had some twists at the ending, unlike other anime you see now a days. The protagonist actually bangs the loli heroine, or should I say she actually banged him *smirk face*. So points for a non beta protagonist. Some questions left unanswered like about him having to do some things to people (it's in ep1, vague for no spoilers), but other than that great drama and romance watch!

Here’s a convoluted story about time warping/traveling that doesn’t do the trope any justice whatsoever. It tried to be something it couldn't be and that’s pretty disappointing, i dropped this at episode 10 where the 28 year old looking (i dont know if they brought his age up i cant remember) main character bangs the underaged female character (oh wait, shes actually 23? nonetheless she thinks shes still 17 and still looks underaged so its still weird) the story is slow paced but picks up half ways in as if they were like “shit nothings happened we gotta ramp it up and throw in as much shit as possible” and boy did they ever. So much was happening that me and a lot of other people (thanks comments) were having trouble following along 100% they tried to make it mysterious but failed. They also left some unanswered questions which i dont know if it was intentional for the quote on quote mystery or if they just forgot half way through. EIther way it’s just a hot mess. It does a nice soundtrack so there’s something good to say about it?  the character design’s were basic, bland and boring too but the background art was pretty nice and overall animation was nice. But regardless this show is nothing more than lolicon bait with some fanservice. With that being said, i think i’d enjoy this show a little bit more if it werent for the loli looking characters and a main character who didn’t look in his late 20s. 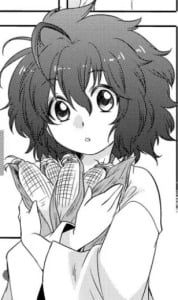