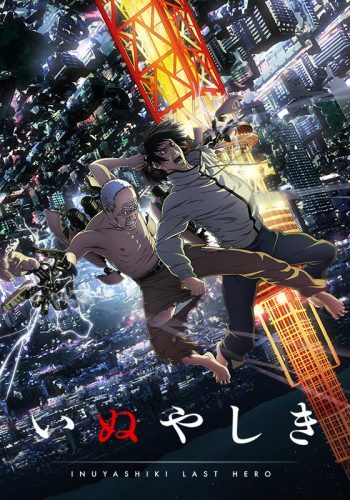 The story is quite unique, I certainly enjoyed it. Some seem to think that this is your generic good vs evil plot, and so they denigrate the anime. The show actually has more depth than that, it intentionally explores the concept of good vs evil in a philosophical way. The story likes to bend certain certain writing rules, and it does it greatly.

Despite the story being fictious, it somehow keeps it real and grounded into reality, where things don't always go your way. This degree of realism and the psychological elements of the show can make it hard to watch for the faint of hearts.

The story is quick paced and it doesn't waste your time with slice of life. It only shows the parts that matter and as far as I know, there's no plothole of any kind. The story is a solid 10.

A lot of effort has been put into the animation, this is not some cheap anime, I imagine that a lot of money has been put into this. From time to time you'll see CGI, I don't particularly fancy CGI in anime but it doesn't get in the way and it's smooth enough.

There's not much to say about it, as there's nothing special about the sound in this anime. And in all honesty, it doesn't need to be special, it's good enough the way it is. Although, admittedly, they could have spiced it up a bit.

The show explores the complexity of human personalities, relationships and emotions. There's no "something-dere" character in this show. All of the characters are realistic (and pessimistic). The character progression is real and quite satisfying.

If you're looking for an anime to escape from your real world problems, this won't do. I would definitely recommend it to anyone interested in a good plot, but know that this is no "feel good" anime where everything is bright and shine.

It started off mildly interesting as the protagnist is certainly different from your usual anime main character in that he's a 58 year old man who seems a lot older than his actual age and sees himself - and is seen by others - as totally insignificant and useless. And I'm not even against the irrealistic kick off to the show, the aliens that arrive and after killing by accident the two protagonists, in reviving them also change their bodies, turning them into machines endowed with incredible superpowers while maintaining their personalities, life stories and affections. It's the development of the story after that that is dull. How do the two protagonists use their new super powers? It's a good vs evil plot, completely superficial and banal, with an absolutely predictable ending. And, as already mentioned, very poor character development. Inuyashiki acts always in the same way and so does Hiro. It's repetitive.

In conclusion, I see no reason to watch this.

i personaly enjoyed this anime. THough i didn't get attached to any of the characters, but i t still was a good watch in my opinion.

- the ending songs and the op ( the op was laughable)

-old man and family are happy

-a good story line, but when i try to explain it to my friends i sound crazy

- the old man dies like what the f, he just like was happy and accepted by his family again THEN HE DIEA

-it ended a bit too quick and was rushed a bit

i recommend this anime to ppl who like a plot thats all over the place but it gets addictive and that is short? IDK what to put.

If you are a fan of GANTZ creator Hiroya Oku then this a must for you. I really enjoyed this anime, its themes, and its many ups and downs. If you are familiar with Hiroya Oku this anime has his strange, tangental storytelling style. I feel like Hiroya Oku just throw darts at a wall. The biggest downside of this series is the SHIT CGI and very strange ending.

If you dig hyper-violence, robot action, and some existential themes about humanity I say go for it.

Only 3 episodes in. Opinion could change!

Good v Evil plot. After the first episode I couldn't care less about the characters. However, after the second episode, and seeing the comparison between the hero and villain, I fell in love.

Seriously evil character in this series! Realistic reaction by his friend, trying to process what his mate has become.

Emotionally invested up to third episode... could end up hating it, but for the moment I am really enjoying it!