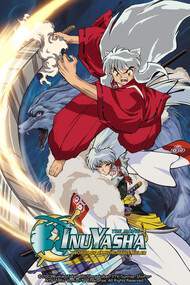 Inuyasha and Sesshoumaru’s father was a powerful demon who used three swords of great power. While Inuyasha swings the Tetsusaiga to protect his friends, Sesshoumaru carries the Tensaiga and has the ability to save souls, leaving the inheritance of the powerful possessed sword Sou’unga undecided. After laying dormant for 700 years, the seal has broken and it has found its way into Inuyasha’s hands. Determined to claim the sword, Sesshoumaru sets out to find it. Can Inuyasha master Sou’unga and hold back Sesshoumaru, or will the evil spirit of the blade be his master?

This movie, while separate from the anime's plot, really delves into Inuyasha's, and some of Sesshomaru's, pasts, which I really loved, and it showed how these pasts made them who they are. That emotional aspect was done very well. However, the beginning bit with the sword, while explained later, seemed a little convenient... Definitely a plot device to get the movie going, instead of seeming like a natural part of the movie. I also felt like much of this movie was just fighting, fighting, fighting, hence why I gave it such a low score. I understand that there is a lot of action in the show, and thus there should be in a movie as well, but I got bored with all of the fighting, as I felt like they were just stalling to make the movie longer, instead of getting on with it. I really loved the ending scene after the credits, though, and Rin was as adorable as ever. Overall, the emotional aspects of the movie were great, but there was just too much time spent on pointless fighting for me to have really enjoyed it.

This movie was half enjoyable, half not.  Most of the time, towards the end, I'd be facepalming about three or four times because of how stubborn everyone was being.  I'll try not to reveal any spoilers as per usual, but there were some glaring inconsistencies with the movie (which I watched for the first time after re-watching the series). Let's start with the basics, then I'll get into why I'm not giving this movie a high rating. Story A sword called the Sounga has somehow made its way to the Higurashi shrine, and was being taken to be "aired out" by Kagome's family.  It's then that the sheath, named "Saya", starts talking to them and the sword then takes off on its own where it encounters Kagome and Inuyasha alone in a park. Inuyasha's attempts to get the sword back to the sheath doesn't work very well, as it brings out his demon side, and instead he manages to at least get it back to the Sengoku Jidai.  However, he has trouble controlling the sword and keeping it from taking over his mind. In the meantime, Sesshoumaru keeps remembering his father asking him if he has something to protect, and when he senses the dark aura of the sword, immediately goes after it to claim as his own. Characters Nothing really new to see, here.  We've got all of the standard characters, though Naraku does not make an appearance in the movie.  Instead, the main antagonist is the sword Sounga itself. Rin gets to actually do a little more than usual in this movie, which is a nice change of pace. The movie also focuses on Inutaisho, Sesshoumaru, and Inuyasha (the latter two, specifically). Overall The movie started out enjoyable, and certainly had its moments, but it centered very squarely on Inuyasha and Sesshoumaru, as well as a bit on their pasts.  While this certainly brings up the rating, as a lot of things surrounding their pasts are ambiguous at best, the other characters don't play much of a role until the final battle. In fact, Sango, Miroku, and Shippo barely get to do anything until the climax.  Though I love team-ups between "bad guys" and good guys, and it was really neat to see Jakken and Rin team up with Kagome and the others, the battle was outclassed by the fact that the Kazaana was pretty much rendered useless and the high focus on Inuyasha and Sesshoumaru's attempts to fight their way through the climax. The movie also made quite a few giant errors.  I might dip a little into spoilers to cover them, so you have been warned. The first error is that Saya is supposed to guard Sounga for 700 years.  He guarded it for 200 years, and the other 500 disappeared when the sword was flung into the Bone-Eater's Well.  It's even brought up in the movie (via Shippo's question) of why that accelerated Saya's age but doesn't affect Kagome nor Inuyasha when they travel back and forth. The question is never answered.  For Kagome, one could say that it's due to her miko powers, and Inuyasha is a hanyou, but both are a fairly weak argument. One of the biggest issues I have with the movie is a point where the antagonist gets into Inutaisho's gravesite...which should be impossible to do without huge preparations.  Naraku had to do quite a lot to get in since he didn't have the black pearl.  I suppose the argument is the type of sword Sounga is, but that just makes it rather convenient. Most of the other "errors" are instances in the movie which makes you go "why didn't they do that in the first place?".  There are at least two occasions (not going to go into details to avoid spoilers) where, if the characters had just performed a single action at that point instead of much later on, things wouldn't have gotten to the point they went to. Then again, one of the biggest mistakes in that department could have potentially ended the movie right at the start, but to me, it's poor writing to have something in there which, if used at the right moment, could have changed the entire course. As in, at the beginning instead of during the rising action.  Seriously, if this action was performed even five minutes in, there would probably have been no movie.  For such a plot device to just hang around like that for at good portion of the movie is bad writing no matter how one tries to justify it. There's also little in the way of conclusion; I'm not going to touch much on this to avoid spoilers, but I don't like the way it was wrapped up.  During the battle, everyone could have died, and one character nearly did.  Five minutes later, that character is fine.  Not to mention that we see how exhausted Inuyasha is by the time of the falling action, but none of that is apparent moments before the credits. The teamwork and even focus which was in the first two movies just didn't seem to be there in this movie.  There are also times when the characters are drawn a little oddly, and other times when it was difficult to tell what was going on...so I docked points in the animation department.  Perhaps some people will like the more "modern" way it was drawn, but I grew up with Inuyasha...I was reading the manga before "Final Act" had even started production.  I was fine with the character designs and animation in Final Act, but this movie was just a little awkward in some places. Still, facepalm moments and glaring errors aside, it was an enjoyable movie.  I wouldn't say it was one of the best, as the first two were certainly better, but it wasn't the worst anime movie I've seen, either.

Foreword: This was based on the main story and details that were not addressed in the anime. This movie also deals partly with the past and also with Inuyasha's parents, which was largely neglected in the actual series. Subtext: In terms of implementation, this is undoubtedly the best of the 4 Inuyasha films. From the plot, as mentioned, he takes up topics that the anime per se accounted for. Has an action based on the anime and was also passably implemented with a proper introduction. Genre: [Adventure Comedy Drama Fantasy Historical Romance Shounen Superpower]Adventure: You can't hold onto this genre very much, because like every other movie is mainly based on "action" and adventure falls behind a lot.Comedy: Was not available and was therefore not implemented.Drama: Regarding the background plot, we can speak of drama here.Fantasy: Leaned on the anime and was not inferior to it.Historical: Was not available compared to the anime and was therefore not expanded.Romance: Had a very slight presence, but it stayed that way.Shounen & Superpower: were implemented excellently and even surpassed the anime itself, especially in combination with the animations. Story: From the description one could see that the plot is about a special "sword". And that was basically the real theme of this movie. In addition one has seen some of Inuyasha's parents and also something from the events of "back then", but basically only the sword remained. The implementation itself was neat compared to the other three movies and promised potential. Even though the movie was getting weaker towards the end, it had a very decent strength, which you cannot complain about. In conclusion, the plot of this movie had been implemented properly, even if it was not particularly grand. Animation / pictures: The animations here were the icing on the cake. After the 4nd movie I noticed that the animations had actually increased from movie to movie. Even if the following movie put a tooth on it, the animations here were very good compared to the anime. Characters: Some (not all) characters have already been discussed here, especially with reference to Inuyasha's parents. But this was only partly so, the rest of the work dealt with pure action again, which meant that nothing new was added. The opponent was also not very mature, so there is nothing left to say. Music: There were no changes to the music, the same soundtracks. In terms of timing, these were also placed quite properly. My conclusion to InuYasha: Tenka Hadou no Ken There is no doubt that this movie performed best among the 4. Although I was a little disappointed that this had waned more and more from the middle section, it had an even better start. 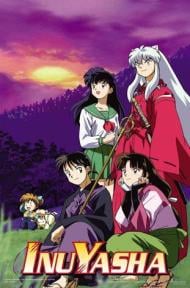 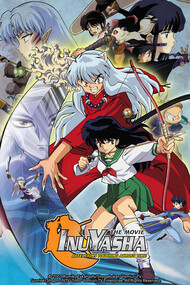 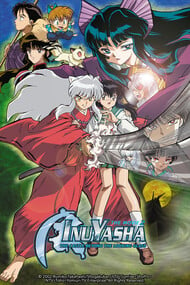 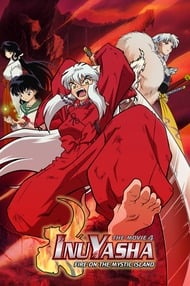 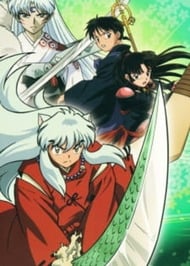 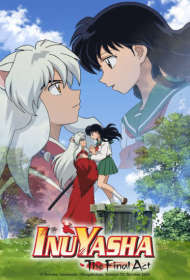 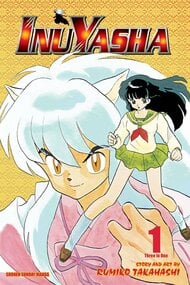