Intrigue in the Bakumatsu: Irohanihoheto 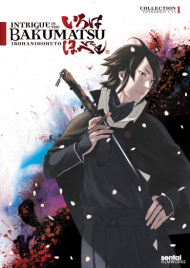 It is the era of Bakumatsu – the last years of the shogunate. In the general turmoil caused by warring groups with different political interests, a curious theatrical group known as the Yuyama Troupe is set out for revenge. They come across a mysterious young swordsman, Akizuki Youjirou, who seems to be burdened with a dark past. Thrown around by currents of history, powerful people from different factions and personal relations, Akizuki tries to fulfill his mission to destroy an ancient, cursed relic, the Lord’s Head, which has caused chaos and bloodshed for thousands of years. 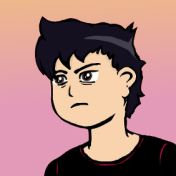 Dealing with the Bakumatsu era, or the final years of the Shogunate, BKI is an interesting, if unsatisfying anime - based largely on actual historical events such as the secession of the Republic of Ezo and including fictionalisations of its leaders.  Well animated and researched, the show looks well, and gets the look of the period right, evoking the wider political conflict by presenting the incursion of Western fashions into Japan during the period. However, the show largely missteps by introducing supernatural and magic elements to its plot.  Not only are the supernatural elements of the plot ill-explained and confusing during the early episodes, but they remove agency from the characters, and reduce what could be conflicted, complex characters to stock good versus evil stereotypes.  Compared to a show like Rurouni Kenshin, set a few years later, BKI's characters lack the inner conflict and acknowledgement that by taking sides either for or against the nascent Meiji government, they are cutting themselves off from old comrades.  The magic adds nothing, and seems merely to exist to provide over the top set-pieces. The best elements of BKI come in the moments between the supernatural - the political organisation of the Ezo Republic, the interesting use of the travelling actors, among the best characters, to frame the story.  Our lead character, the wandering swordsman, feels too generic, however, to really entertain, and is more an amalgamation of generic wandering samurai tropes than a really interesting character in his own right. BKI has some interesting ideas, but it undersells itself, and amps up the action and the magic when it could be something really special and give us an insight into the political situation of the late Shogunate.  For fans of samurai tales, there's a lot better out there, but it's worth a look-in, if only for the animation and travelling actors.

Historical fiction mixed with supernatural elements is nice, but this show seems to have no idea what it wants to do, here are my complaints: It keeps jumping from events, theres a war going on and it keeps jumping all over the place. A lot of historical characters are brought up, but their screen time is so little you don't care Fucking terrible pacing theres no sense of urgency even through there's a war and the so called 'the head of the conquerer' has to be sealed, no one seems to give a shit one dimensional characters, when they die, who cares, you cant connect with them at the end of the show, theres so much unexplained stuff, we barely get any info on the supernatural events. For the war you have a narrator explaing the events and he's just blurting out historical names there's all this talk about destiny bullshit the animation in some areas look really bad But it does a few things well, the music is good, the character designs are good, some fights are good, but most are bad. You know, i spent a while reading up wiki pages on the bakumatsu era, trying to make sense of this bullshit and it did help... a little.  Don't watch, it starts off well but you start to get annoyed with all the plays they have, the awful pacing, bad characters, haphazard story and all of the unexplained stuff.