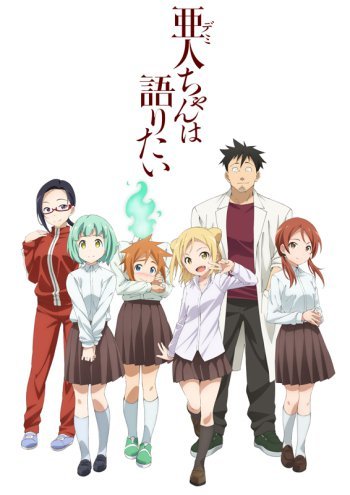 If you're looking for anime similar to Interviews with Monster Girls: The Demi-chans' Summer Break, you might like these titles.

Ms. Vampire who lives in my neighborhood.

When human girl Akari Amano is rescued by vampire Sophie Twilight, it's love at first sight. Infatuation quickly turns to cohabitation as Sophie reluctantly welcomes Amano as her new roommate. Despite her vampire status, Sophie never attacks humans, instead ordering blood and anime merchandise online like any ordinary human shopper.

Shinta Mizumura's seemingly normal life suddenly changes when Lilith Kishimoto, a beautiful half-human, half-vampire girl, transfers to his school and surprises him with an unexpected demand.

A recap of the first three episodes of Hellsing (TV), in the animation style of the Hellsing Ultimate OVA.