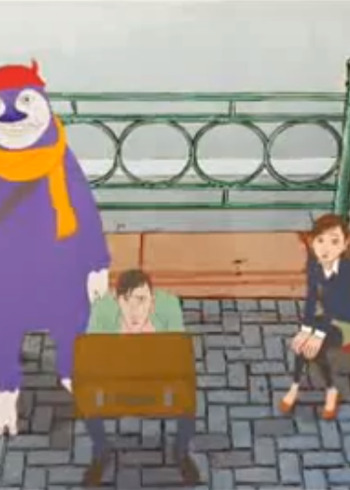 Portrays the events that led to the Great Fire of Meireki, which destroyed more than half of the Japanese capital city of Edo.

Onara Gorou takes the stage to do a smelly, gassy dance.

Callysia and Ylion are very close siblings. One day, Callysia was abducted because their farther tried to catch a unicorn, After 10 years Ylion grew up as a strong warrior. He left to go to the hanging garden where unicorn live with a sword that was made from a unicorn's horn.

A lost wanderer seeks refuge inside a shrine where he finds possessed objects.

In an alternate world, the Japanese corporation Flesh Inc. has managed to create zombies on domestic soil during the roaring Sixties (the years of the economic boom) using voodoo techniques imported from Africa, and it has built a fortune thereafter by selling zombie products of all kind: instant noodles, soft drinks, hamburgers, pet food, and cosmetics. But when a trio of self-centered millennials on their first workday get trapped inside a fully automated zombie farm with their old-school supervisor and a horde of undead running amok, overcoming generation gaps becomes a matter of survival.

A heartwarming splatter comedy about a zombie in love! Zonmi-chan is a clumsy, careless, but cute girl. Sometimes she takes a bite out of the guy she likes. Oh, that's right, Zonmi-chan is a zombie girl.

In this "action epic" set in the run-down slums, the title character Domerica is transformed into a monster one day.