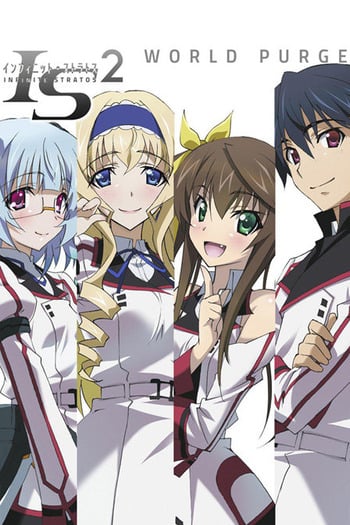 have you ever had a dream so real that you can't tell if you're in one or not? that's the basically what this OVA deals with.

picking up where the second season dropped off the academy is once again attacked by Americans (heavily implied) and they're locked out of the computer systems; with Ichikia's IS in the repair shop and away from the academy, the girls have to dive into the IS system core to repel the attack, unfortunately they're all trapped into their sexual fantasies (they all want to do naughty things with you know who...).

there isn't much more character development in this OVA than what you probably already know...

this OVA is more or less an excuse just to show fanservice and let the viewers know the girls are still eyeing on Ichika...