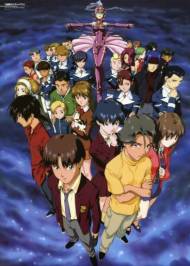 In 2137 AD, the sun released a massive flare across the solar system, creating the Geduld, a dense field of plasma and debris. In the midst of a routine descent into the Geduld's upper layers, the training ship Liebe Delta is crippled by a terrorist attack, killing the trainers and command crew - and exposing the vessel’s military secrets, which may hold the survivors’ only hope. With nowhere to hide from their darkest fears, the young trainees must work together to navigate the ravages of a solar system filled with mysterious, powerful foes. Yet, as the ship is forced into greater isolation and its inhabitants become increasingly desperate, they must struggle to survive against not only the forces that pursue them relentlessly... but also each other.

Ryvius is a blend of various different genres, such as adventure, drama, survival, sci-fi, mystery, political, and romance around a spaceship full of children getting stranded in space. Two things that are done very nicely is the atmosphere of fear, as well as the character interaction. - You are constantly made to think that the hundreds of children that are stranded without adults in the middle of a weird cosmic phenomenon are in deep trouble. Also, you see them chatting, fighting, suffering, threatening, flirting for so long, you actually get to know them and care to see how they cope and if they survive their ordeal. - Since the plot is very slow and tries to be as mysterious as possible, you are also made to think there is some weird shitin’ goin’ on here and you are glued to watch further. Some sort of political conspiracy or an alien mystery. Although the reward about the last part is rather disappointing, it still works as a magnet of interest. - All of the elements in the series are quite mainstream and appealing to the majority of anime fans and that is basically the reason it was a show many were fond of when it aired. The variety of its multiple themes was also an easy way for each individual viewer to focus on the aspect he liked and not mind the rest that much. - The elements are also NOT too serious. The show is fooling around half the time and this way it becomes easier accessible to more people who don’t fancy too much silliness or too heavy tragedy. All the above can work both ways though. Although Ryvius is indeed specifically made to be half light and half heavy to be accessible for the masses, at the same time it is not refined to enter the high tier of quality anime. The story for example appears to be mysterious and complicating when down to it is just a mess of good ideas that are handled poorly. Some sort of political agendas and terrorists and aliens and mystical robots and whatever, all that are thrown amidst teen angst to mostly colorize the setting and not to provide immersion to it. The pacing is also painfully slow to the point the entire series could easily be zipped to half its duration. Several key events are also solved quite conveniently through mystical powers, dubbed unknown technology in the series. How the hell do a bunch of kids manage to constantly fend off the attacks of a super advanced alien race? That is not cool and mean very little for the target audience which are teenagers and prefer the cool factor over reasoning. Speaking of cool, this anime does not look as one at all. Its production values are not great in any way other than the details on machinery. Animation for example is minimum, as there is a lot of frozen panels and even repeated footage. Characters are also drawn and shaded very simple too, while the special effects are cheesy. Action scenes are also unexacting to the most part, as they are short and without much choreography. Voice acting is just nice while the soundtrack, as atmospheric as it may sound to be, eventually has no memorable OST. You could excuse all the above as an attempt for the show to be subtle rather than poser but in a medium that is almost entirely about entertainment this works against it. If a show is not extreme enough, all its merits are simply not memorable. An easy example of that is the name of the anime which is taken from the name of the mecha. Do you think it is important enough to remember the mecha? Maybe the way it fights? How about the characters? There are dozens of them and they are all acting in a simple way or their roles are too minor in the show. What motivation do you have for remembering them? Down to it Ryvius is interesting and mostly memorable for its human drama. It is one of the few anime that deal with group mentality and how one can snap under the constant pressure of fear that leads to mass hysteria, as well as how propaganda can help to ease the fears even with false hope. It is also an almost mainstream teen story that shows how emotionally unstable teenagers are and how cruel and violent they can be to each other for no real reason. This is the only element of the show that is plausible, unlike the pseudo-serious story. The slow pacing is hit or miss if it works; it all depends on personal preferences. Bottom line, I recommend this show to those who like survival stories and teen angst but not to those who want fast pace, good storytelling or great action. SUGGESTION LIST Light ones: Mujin Wakusei SurviveVifam 13Ulysses 31Galaxy Express 999 Heavy ones: Lord of the Flies (western book / movie)Battle RoyaleGantz 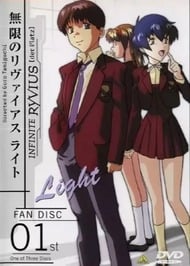 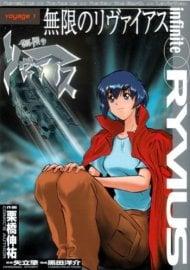