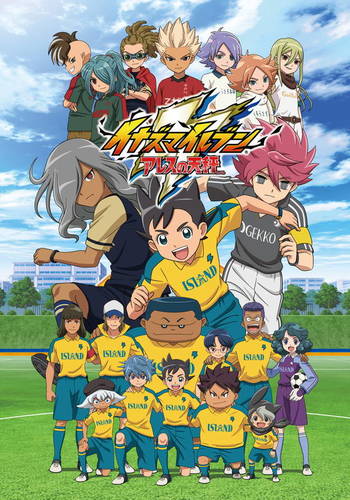 If you're looking for anime similar to Inazuma Eleven: Ares no Tenbin, you might like these titles.

Tsubasa Ozora is a young boy with a dream: become a famous soccer player. Through countless adversities including tough rivals and difficult championships, Tsubasa will see if he has what it takes to be a winner. Now, Tsubasa must learn new skills and face his fears to become the best that there is and ultimately reach his goal: the World Cup!

Tsubasa Ozora is a young man with soccer on the mind. Though he just joined Nankatsu Elementary’s team, Tsubasa wants nothing more than one thing: to someday be in the World Cup! But the road there will not be easy, and plenty of challengers and obstacles stand in his way. With the help of the skilled Captain Roberto, fierce rivals and fellow friends, Tsubasa must work hard and never give up reaching his ultimate goal. World Cup, here we come!