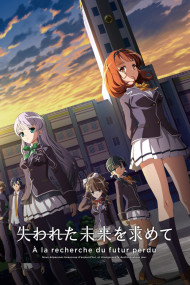 This anime has some potential but it doesn't live up to it at all. The story doesn't start to get interesting until episode 9: I was seriously tempted to drop it because up to that point it's quite boring. Maybe they thought they were building up the characters in the first 8 episodes, I've got no idea, but if that was the intent I must say they failed. And when the story finally starts to kick in, I had a repeated feeling of deja-vu. Apart from Steins;gate that is easily the first one that comes to mind, the plot also made me think of Higurashi no naku koro ni kai and Kimi ga nozomu eien. So if you've already seen those 3 anime you can probably piece the plot together. But the problem isn't so much that the topic has already been dealt with in  other anime, it's just that it fails to hit the target. The premises are there for a really dramatic story, but in the end it isn't; it could have been a love-story, but I get the feeling that the romance element was there just as an excuse for...what? So it's like there isn't a clear aim for any of it. One of the topics is time travel, which is an extremely interesting and thought-provoking theme, but they skillfully manage to turn it into something quite dull. Hell, there's also something there at a certain point about the creation of artificial and intelligent life forms, but the theme isn't explored nor are the consequences or implications analysed, so it's just a ripple on the surface of a plot that continues to flow into nothingness. As for the characters, considering that 3/4 of the anime is dedicated to building them up and exploring their feelings and the relations among them, they should be really good - but they aren't. Just plain average. And not even particularly entertaining. Two boys and three girls part of the astronomy club at school, they start preparing for the school festival. And you basically get 8 episodes just of that, with the usual love triangle. I have nothing against a school setting or a love triangle, but there has to be some depth to it. Which is lacking here. The only interesting character is Yui, a mysterious transfer student who one day appears out of no-where. And if you stop a second to think about it, the main male protagonist treats her abominably - but that is just the object of a passing remark made by one of the other characters. So the message that seems to come across is that using someone to that degree is acceptable. Sound and animation are average, or less than average. Nothing note-worthy in any case. In my opinion, it's just not worth wasting your time on this anime.

Story Anyone of you knows about the Butterfly Effect?This anime is it. And it tells us not about the hurrycane, buth rather of the butterfly.With the difference that in this Butterfly Effect, the enemy is the destiny that says "no butterfly can change my design". You'll see. The real kick of the story is shown in just a couple episodes. I would generally claim that this is bad, and boring, and useless. This is not the case, however. All the other episodes show, at times, some things that help you remember the details, those ones that make you remember that it's not just as it appears now. And the real deal, the thing that gave some more points in my story evaluation is the focus of the anime. It's not an original and never-seen story. It's not. But it's seen from another angle. It's not the hardships or the plans of the grown man you see in the first episode, although that's a central part of the events. No, it's about all the events that lead him to do what he is trying to do. It's not an anime about the solution of the problem, with the problem shown as already there in the first episode and now on with grenades and shotguns to solve it.It's how the whole story slowly took form, brick by bricy. Again and again. And the butterfly that tries to move its wings so that it won't do any harm. I feel sorry for the butterfly. =( Animation Good, nothing exceptional. I feel they could have avoided some censorship, it would still have been just sweet without becoming simple fanservice. Wich is a thing that it's not really that much present in the anime. And that's good. Sound You know, the song is catchy. Also the voice lines are well performed.It's just that it doesn't require a lot of sound effects to be judged. It's mostly dialogues. But they are well done. Characters My favoured is Kenny. Aside that, I actually really appreciated them. There are some cliché in the main characters. However you don't really feel that way.I don't really know how to say it. It's just that in their normality, they offer something special without being exagerated, without all the drama usually involved in many other shows. They aren't heroes. Thei aren't special. They are just egoistic and generous, happy and sad, childish and mature, in a way that feels so very natural. Overall Strong first episode, but then it quiets down, slowing to a very relaxed rhythm. I have seen boring anime and this one is different. It’s not boring, it’s just… relaxed, very relaxed. Up to the point that you forget about the first episode and just enjoy a slow romance anime. I say romance because that’s what it is closer, in the end, but even the sentimental part takes a while to even show up. Despite this fact, I enjoyed the view. Some small things, smartly placed through the course of the middle arc of the anime, keep the events of the first episode in a far and weak light, but still in sight. Sometimes an image, sometimes a sentence, sometimes a photo. And one single time, a word. One word, alone, and you start thinking that you start to understand. Until the moment when the anime says a "stop". Time for the young romance is over. It’s time to put zoom out, and take a look to the whole story in its big design. And you understand. You really understand, this time. You understand that it is nearly as you thought, but slightly different. And you are like "Oh…". This is then brought to a climax in the last two episodes, where the story, all the stories, converges to a single ending. An ending that I, as an engineer, I have really, really appreciated. Call me sentimental.How the many stories in the end mix, shake, and produce one true ending, one that merges everything. I am not a big fan of slow developing anime. But this one is handled with such a finesse that I cannot help but say that it’s slow, indeed, but for once this lack of dynamics exalts the story, softening the ground for an adrenaline jump without any risk. It is far from getting into my favorite lists, but if you are not looking for strong feelings or dynamic action, but instead for something to cuddle you before going to sleep, you might appreciate this anime. 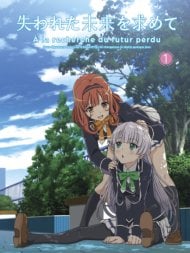 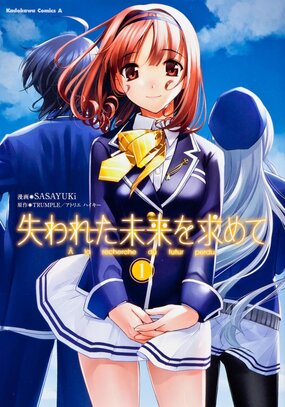 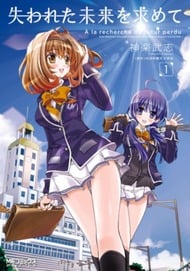