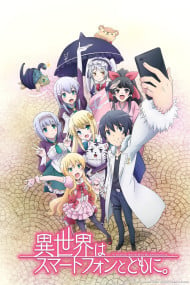 This is so incredibly bad. This show drains the life out of me to the point that I can't even stop watching it. I can't even bring myself to hate it. That's how bland and derivative it is. I think the only saving grace here is that the show itself is completely transparent about being awful. "Hey, this is going to be a pathetic wish-fulfillment anime for the author. We're letting you know in advance that God himself has literally made the main character infalliable and more or less all powerful - as a plot point. As you can probably guess, everyone else in the universe has a single digit IQ and would be amazed to the point of orgasm just to see someone spell their own name correctly on the first attempt. So that's the entire plot in advance, now here comes 100 seasons of crap. ENJOY!" And it's delivering on that promise. I've heard it argued that shows like Re:Zero, Konosuba, and Grimgar were capitalizing on the errors made by SAO by demonstrating how much better a plot could be if it were written with being interesting in mind instead of being so incredibly indulgent. Re:Zero focused on the psychological trauma of invulnerability, Konosuba removed the "chosen one" aspect and made the wortless NEET remain a worthless NEET, and Grimgar was just a more honest (horrifying) approach to the isekai formula. I think smartphone is sort of taking the opposite route here: it's removed the high-calibur art and visual design and the angsty, edgy nonsense that was designed to make mental cripples think something deep was happening. It's just pure and unapologetic masturbation. And it's still better than SAO.

Holy shit they ripped off everything and I mean ripping off piece by piece of every anime  Firstly kirito from sao (main protagonist) cause the appearance   Emilia tan from rezero (hair style) btw got triggered "steal' (stealing pansu) from konosuba that Japanese that Japanese girl from touho. another "transported to another universe bullshit wwwww majide kusa In Another World With My Smartphone 2 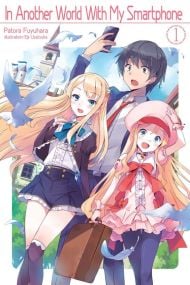 In Another World With My Smartphone (Light Novel) 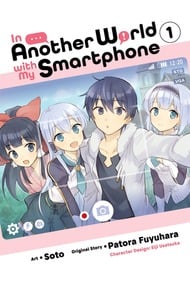