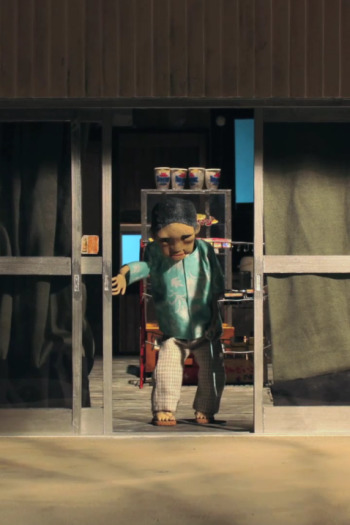 The sign to change from despair to hope is an accumulation of trifling matters which touch our hearts, such as a single flower, a beautiful sunset, or a girl with a smile.

Look at Me Only

Having forgotten exciting feelings of the early days of the relationship, the man drifts along petting his guinea pig. One day he meets a beauty of flower who appreciates the pet.

A boy going home from school was curious and went into a senior citizen’s house. The boy happily played with the items in the house, especially a radio and robot that tried to scare him away. The senior was extremely irate and grabbed the boy. At that moment, she happened to see a picture of her grandson, who was killed in a car accident. The boy was able to understand the senior’s situation, but he also gave her peace of mind.