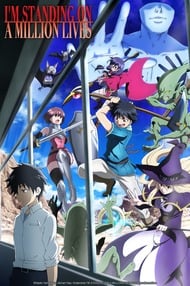 This City I Hate So Much

What a Life Is Worth

The Warrior of Light and the Stranger of Darkness

Hear me out, Please. This is Isekai trash, something that is so trash you won't believe it's not from an actual dumpster. But that doesn't mean it's not enjoyable. It is always fun to see different writers take on the Isekai OP rules, and this is an interesting take on it. Keep in mind this is Trash Isekai. But so far it has not resulted in the MC getting a Harem, no shameless fanservice (sexualizing teenagers) & I CAN'T BELIEVE THIS IS A PRO, but no 9-year-olds being sexualized, I can not tell you how happy I am at an Isekai anime where the MC is not recruiting children into his harem. SO yeah this is trash but trash that stinks a lot less than crap like The Master of Ragnarok. Enjoy this as your seasonal Isekai trash embrace your inner degenerate like me. It's ok to enjoy bad anime sometimes. 5.5/10 for mediocrity

This series starts off exceptionally slow, and in turn, comes off as a bland isekai that has no merit besides the mystery of the game master and the virtual world. As such, it comes off as your regular power-fantasy isekai with a bland main character that magically has a harem of girls around them. Luckily, none of the girls in the party are romantically interested in him. However, only side characters he meets along the way seem to be romantically interested in him and play no large role in the story. The story has a relatively cliche start - the main character Yotsuya is dragged into a game-like world after cleaning the classroom after school. There, he meets Shindou and Kusue, and the mysterious Game Master greets them - giving Yotsuya the class of a farmer. They are given quests and are required to clear them in a set amount of time or die. Nothing new in the genre at all, so it doesn't give any shock factor whatsoever. What's especially offputting is Yotsuya's personality - he's a middle schooler who feels real life is too boring and wishes life was like a game. In the game world, however, he is thrilled but also equally sadistic, often throwing lives aside in guard of logical rationale. This is definitely one of the positives, as it presents a realistic approach of saving yourself before you save others. This is one of his key redeeming factors since it differs from most stereotypical isekai protagonists. As the series continues, the other characters influence Yotsuya into saving random characters so that part only lasts the first few episodes. However, with a shocking season finale, I can say that the show took 11 episodes to actually pique my interest. I still personally feel that at times, Yotsuya is an interesting main character, especially in his mindset. However, his sadistic mindset is offputting, and considering the fact that he's 14, it comes off as a little "edgy." I just hope that his character develops more in the second season. Furthermore, in between some tense moments, the characters all get a breather for a while, and Yotsuya fumbles interacting with the girls from the party as the comedy relief. The animation isn't spectacular either, and a good portion of it depends on still frames to act as filler. The stakes for the quests are high, and further so because if all of the party members die at once, they'll die in real life as well. After finishing the season, I can say that I'm interested to see what the second brings, but the build-up was absolutely excruciating. The first 11 episodes were there to world build, and in turn came off as bland and generic. If anyone followed the three episode rule, I definitely could see this being a strikeout simply due to the long build-up. This definitely could've been executed better, but I still personally feel that this is, to an extent, a generic isekai. The second season will have to speak for itself, and I hope that it does better than the first. I'll be looking forward to see if it can bring a new "twist" into the oversaturated genre.

In short, I’m Standing on a Million Lives is an isekai fantasy drama with horribly random placements of comedy. If you want a break from the overused isekai trope with a more realistic take and a lot more on drama and character development, then look no further. If you’re looking for action, adventure, romance, powerful/cheat abilities (or even a weak-to-strong development), story development, or world building, then look somewhere else. Now let’s get on to the specifics (minimal spoilers). Story Here’s how the world/system works. People who are selected from Earth are transported to another world. In this world, as long as one person of the team is still alive, the others are able to revive 30 seconds after dying. Upon entering the world game master gives them quests to complete with a time limit. Once the quests are completed, everybody is sent back to Earth. But on Earth, one of the people are instructed by the game master to find and help the next person selected. During the next round, that person is added to the team and the cycle continues. Yotsuya is the 3rd person of the team and there would be 10 total rounds. Okay, so that’s pretty interesting. I take it there’s gonna be something like around 1 round every episode, with some nice twist at the last one? Wrong. Not only are the quests long, but the story is also slow. In the 12 episodes, the show only goes through 2 rounds, with the first round on the 1st 3 episodes, and the rest occupying the next round. So basically, the story is pretty much non existent. If they went by story alone and threw out any drama or character development, the season could very possibly be done in a less than half the time (aka a single movie worth of screen time). But the comedy though! I mean, I do like comedy, and this show certainly did get me to breathe out a considerable amount of air from my nostrils, but why!? Almost every single moment they try to make funny are serious moments! Here, you’re discussing some big brain secret plan, and there’s dramatic music and everything, but suddenly you insert this weird expression and a joke, and the entire mood dies. Please, at least put the comedy somewhere else, if not get rid of it completely. Animation/Sound Animation? Average. Very, very average. Oh, and you see that “action” tag there? Don’t expect any action scenes. And you see that “monsters” tag there? Don’t expect any cool-looking monsters. Like…what in the frik is this thing!?! Are you trying to get out a laugh!? This is supposed to be a serious scene! But on the other hand, the sound is pretty decent, especially the voice acting. Amazing job, VAs. Characters This is the best part of the show. No argument here. Every character has a very unique and well-thought-out backstory and psychology. There are frequent flashbacks to everybody’s lives back in their original world. Also, each character brings their own personalities and experiences from the old world, unlike some other isekais where you don’t even know what a person is like originally. The character designs also affect how they play in the team. There isn’t really that much drama, as in conflicts between characters, but the way everybody has to work together to survive and complete quests is quite interesting. Comment About the Isekai Genre By “overused isekai trope,” I mean shows like KonoSuba, Shield Hero, Isekai Cheat Magician, Wise Man’s Grandchild, Arifureta, Cautious Hero… Now, I’m not saying all of those shows are bad. It’s just that the same format is being reused over and over: MC is transported to a fantasy world, obtains some kind of cheat, and is given the title of a hero to defeat some bad guy or just to simply return home. Yes, this show is another isekai story, but personally, I wouldn’t lump this show in with that trope. There is almost no action. All the characters, even at level 10, could only be compared to level 1 trash in other stories. There is no long-term goal, and only short-term goals in the form of quests. And even the quests aren’t that big. But maybe this is just another show with the isekai trope. Now that I kind of look at the big picture, this entire season could be seen… as the beginning of any other show. That kind of brings us to the next topic… The Show as an Adaptation This anime was adapted from a manga. Usually, a 12-episode season would cover around 40 episodes in the manga it’s adapting from. This show, though, only goes up to chapter 12. Remember when I said this show has no story? This is what that meant. But that only means there is a lot more to the story that hasn’t been told yet. I only read the first 12 chapters after finishing the anime, but I can tell you: this isn’t a bad adaptation. The story just flowed so much better in the anime than in the manga. There was a lot more depth into the characters, even if it was at the sacrifice of a longer season. However, it definitely wasn’t the perfect adaptation. I still can’t get over how randomly the comedy was placed, in both the manga and the anime. That was one problem the show failed to fix (or the director failed to see in the manga). The second season is already confirmed. I haven’t read past the 13th chapter, and I don’t plan to, because I have high hopes for this next season and I don’t want to spoil it for myself. Hopefully, they’ll do a better job at separating the comedy scenes from the serious scenes. 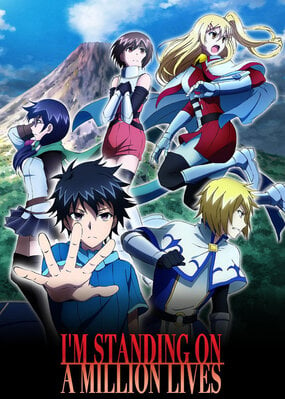 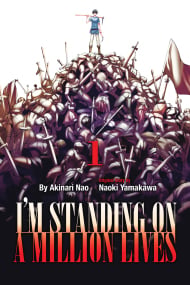