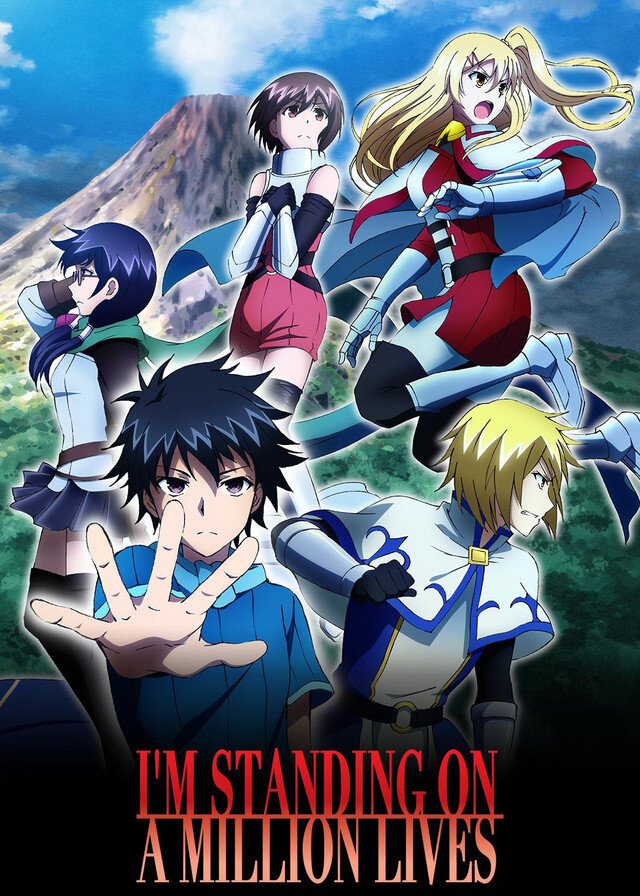 An Upgrade over the last season.

The animation quality is still the same, not great but acceptable. The base premise is the same so if you didn't like that in season 1, you won't like this season either.

This is where all the change happens and where it matters the most.
Consider the two examples from this season. Don't worry these don't spoil the actual anime.

Right off from episode 1, we find that the Isekai has aged decades, where Earth has only aged a few days at most.

Season 1 never gave a good enough reason for why the two worlds mattered? What was the impact of, our heroes being sent back to their homes after the mission was over?

And here we see the payoff for that choice. When our heroes return for another mission, we see their old Isekai friend Kahvel has aged quite a bit and even has children of her own. She has gone through an entire life's worth of experience while our heroes have only gone through a week at most. This results in an interesting take on the effects our heroes have every time they enter and leave this Isekai.

This is where we are shown the serious tone of the story.

Orcs have taken over an Island. Orcs are hungry and they will eat humans. Humans make a deal with the Orcs, they will farm Buffaloes and feed those to the Orcs instead. BUT as soon as the task becomes too much for the Humans, they betray their deal and hire mercenaries to kill the Orcs. This eventually leads to our protagonist Yotsuya killing an innocent Orc child.

Showing us the dark side of this hero business. Where last season had Yotsuya burning merchants, and it's not really treated as seriously. This just straight up lets us know this isn't a black n white story.

HUGE PROPS for the Better Story.

This season is really for those of you who sat through season 1. You will enjoy this season a lot.

But for anyone who didn't like season 1, Just skip this. You will be doing yourself a favor

Season 2 was an upgrade, although still edgy tho. But its understandable that people won't get to the second season just because season 1 was an actual disaster of an opening for a series, but just note season 2 is pretty okay. I say that as its not a must see, just more entertaining and acceptable compared to its first season

What it did right (this time)
- there's actual growth in the characters, and in general the characters are a bit more solid
- on top of the last point, the character's actions make more sense this season compared to the last (Ex. Keita)
- improvement in likability of the characters including the "heroes" and the citizens of the isekai. examples of those characters would be Keita (hero), Glenda Carter (hero), Cantil (citizen), Aoiu (citizen)
- new heroes that were added were a huge improvement over badly designed characters like Yuka and Kusue (both heroes) from season 1
- main character (Yuusuke) was better utilised and developed this season (Well done!)

What was STILL stinky
- Yuka and Kusue were still just "waifu"? characters, actually worthless and in some cases hurt the series more than it helped
- though an improvement, the edginess of the author still seeps through, its better handled this season because of this season's plot, but i still have to mention it
- the introduction of Glenda Carter into the main cast (smart? character) just shines a light on how utterly idiotic the other heroes are, it really makes them seem inhumanly dumb sometimes as their thought processes arent how human beings are (exception being Keita as we see his experiences and character actually matter in the decisions he makes in other world)
- the animations is still jank (not the author's fault kek)
- the characters are a tit bit too strong this season, making it harder for the author to keep up the "growth" of the characters without making them overpowered by the end of the series, this season felt like it should have been executed later on, but that's just an opinion.

In summary it is definitely not a god tier anime, but an improvement over the last season, i still enjoyed it but felt as though the anime should've put in more less serious parts (things they do back in their world) to show the growth of the characters from what they experienced in the isekai since they travel back everytime, just a missed opportunity.

(overall score is higher than the average of the scores im giving as there were only the categories of "story, animation,soundand characters" on this site.)

kusue has gotta be one of the most annoying character ever. characters that are weak and try to help even though they cant do shit and end up causing more trouble are so lame