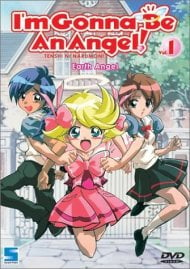 Tenshi ni Narumon is one of the few of the older comedy anime series that have deeper meaning under all the silliness. I'll admit, the first half of the episodes are rather silly and just laugh-a-minute humor. We're introduced to Yuusuke and his discovery upon finding that his house has been transformed into something that looks like it came from another world, with a supernatural family living inside it. A Frankenstein father, a witch mother, a vampire brother, an invisible sister, another sister who's something of a mad scientist, and of course Noelle, the girl with the halo who wants to become an angel. Yuusuke has a crush on a rather uppity girl in his class, Natsumi, while Noelle begins crushing on him, declaring that she'll become "his angel". Meanwhile, Dispel and Silky, the two antagonists who appear to live in a dark indefinite space, are for reasons unknown (at first) pursuing Noelle and her family and trying to tear them apart. Now, all this silliness and ridiculousness has driven many a viewer away from finishing the anime. It's a big mistake you're making to stop watching it. Even though it comes in late, and that's led to its doom, there is a serious and almost heartbreaking plot under it all. I won't spoil it, but the latter half of the series was beautiful. As soon as Noelle really starts to put an effort into trying to become an angel (in other words, trying to fly), the heartbreaking pasts of her and her individual family members are revealed, along with Natsumi's, and Mihael and Raphael, the two mysterious teenage boys that seem unrelated to the plot at first. The last episodes nearly had me in tears, and the ending is perfect as well. Watch Tenshi ni Narumon to the end, and you won't regret it. If you don't like it, drop me a comment and tell me. Not that that's ever gonna happen ;). 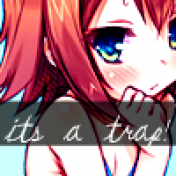 Tenshi Ni Narumon is an odd ball of an anime, and those who can’t grasp its strangeness usually end up staying away from it. You can’t be able to understand this anime’s appeal unless you’ve watched all of it, while most probably end up quitting after a few episodes, those who don’t are in for a real treat. Tenshi Ni Narumon actually contains a plot among all of its wackiness! Re-watching the anime, you’ll discover that the executing of the plot was done skillful. The writer has managed to introduce a deep plot from episode one while still containing Tenshi Ni Narumon’s witty humor and cheerful atmosphere. The anime’s characters are certainly… original. The cast includes Noelle’s Frankenstein Papa, some delightfully designed Mecha, the wacky Dispel-sama, and of course Noelle. Looking at this cast, you might think that Tenshi Ni Narumon didn’t have any character development, but you’d be pleasantly surprised. Even the rice cooker has a plot twist! Moving onto animation and Audio. This anime was made quite well for one of its time, though video quality wasn’t always the best. The colours where often very saturated and animation was less than seamless. But this, in no way, affected the overall experience of Tenshi Ni Narumon. While opening and ending credits had enjoyable music, the in-video music often left me with a dry taste in my mouth. And though voice acting was at times over the top, it over all fit each character very well. While Tenshi Ni Narumon certainly has a different flavor than other anime, it definitely should deserve a chance.  Under the cutesy, over the top visuals lies an important and deep plot that is often over looked, and many miss out on the full experience of this anime.

This was the weirdest anime I have watched to date. I did enjoy it on the whole. I think? Still not 100% sure what to make of it. It is mostly a comedy but it has a sad underlying story that comes to a full head in the last 4 episodes. I (mostly) enjoyed the quirky tone of this show which made it very... distinct. That said, if you don't find yourself enjoying the humor in the first 2-3 episodes then you probably won't like the series as a whole, since there are a total of 20+ episodes of such comedy before it finally gets serious. The story itself is rather philosophical and deals with such themes as coming to terms with one's true identity, what it really means to be a family and etc. The ending was decent snd everything was resolved in a satisfactory-enough manner with no loose ends as far as I could tell. The characters themselves were very memorable and their interactions were a hoot to watch. I also thought both the OP and ED were fantastic, with one being an addictive earworm you want to sing along to, while the other a beautiful lullaby. Voice acting (JP) was top notch too. So I would definitely recommend giving this one a try if you up for some quirky and colorful storytelling. 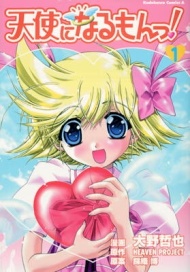