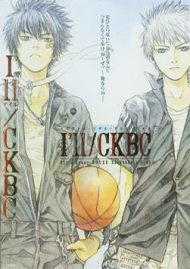 It's amazing how something could go from decent to complete garbage all within the time it takes to change episodes. Story - 4/10 First off, to say this was an OVA seems a bit misleading, from what I can tell it looks like the created a Pilot episode, it didn't get picked up, so instead they hastily put together a second and threw it out there as an “OVA”, especially seeing the Manga was 14 volumes. If I were finishing the series I think I would have jumped backwards after that first episode, showing how Hitonari was with the team before and explaining why he left. All of that would lead lead up to him actually leaving the team, maybe midseason, and the way both teams now practice to beat each other, but we'll never know. The first episode's story wasn't bad, as I said it was a good pilot episode and showed some promise, but with the idea of it as a pilot you're only given so much information. Between episode One and Two i'm guessing something went on, maybe the writing staff ate lead paint or joined a cult, I don't know, but wow was it bad. While they gave some insight into what went on in Hitonari's past, the episode was a mashup of terrible cliches come game time. Every word uttered seemed as if they were the worst lines pulled from different Anime episodes, bad inspirational thoughts, tough guy boasts or redemption phrases, all just pathetic. On top of this they keep talking about the breakup of the team and needing to win for future games in the tournament, this all came out of left field, up until the last five minutes none of these things were mentioned. Animation - 6/10 As with many anime titles with a sports theme, the character designs were pretty basic. Nothing was done poorly, and the the basketball courts and other things related to the sports areas were actually drawn very well. The only bad marks I saw were outdoor scenes, where they went for an impressionist approach, or at least they could claim that if they wanted too, but i'd guess it was more of a rush to finish approach. Sound - 5/10 Again without much to judge I can't really say any of these minor areas were terrible or great. The English voice actors were recognizable from other series and everything was done well. The foley for the outdoor scenes and basketball games were also just what you'd expect, but nothing spectacular in just two episodes. It's only been a night since I watched this and I can't even remember if the show had any music besides the boring ending song, usually music would help drive action scenes or fill moments of dullness, which there were a couple, but if there was it just melded with the boring and bad dialogue. Characters - 2/10 Not one character in this show is likable in any sense. The main character Hitonari acts like a whiney brat and does everything his way without worrying about others. His rival on the team, Akane, is suppose to be a good person, but just seems like a bully when he doesn't get his way. The other players on the team get little to no screen time and when they do it's just to shout out a terrible catchphrase. The two girls who make up the team's fan club are a terrible representation of star struck high school girls who just want the best for the superstar, a cliche possibly worse than the writing. Out of those characters none come close to the garbage that is their coach. First they have her written almost as a predator trying to manipulate Hitonari, later she's remorseful for what she did because now she's worried about her own future. When the game commences she's big on the inspirationally quotes in her head, but as soon as Akane sits on the on bench she becomes a psychopath, slapping, yelling at and demeaning the kid, I can see if we were given a backstory to this but it just comes across as if she has a split personality disorder. Overall - 4/10 I guess any show has a tough time living up to a similar one that proceeded it. I'll/CKBC came after Slam Dunk, but the story seemed fresh and after that first episode there was potential to be a very good series, but for what ever reason they never got the chance and instead it seems they tried to recoup production cost by making a conclusion that really didn't answer or conclude anything. In giving this series a four out of ten i'm basically giving episode one an eight and episode two a zero, if you decide to watch this just watch the first episode and make up a fan fiction ending in your head, it'll be better no matter what. 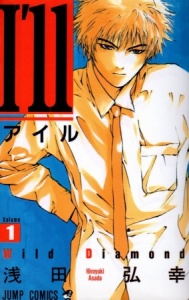 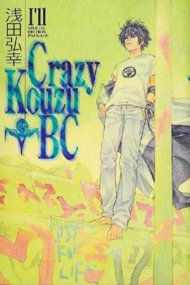